Who are Major Players in Global 6G Communication Technology?

In the field of 6G communication patent technology, China has started to rapidly increase the number of patent applications since 2009, significantly surpassing countries and regions such as the US, Europe, Japan and Korea, and making the largest contribution to global patent applications. 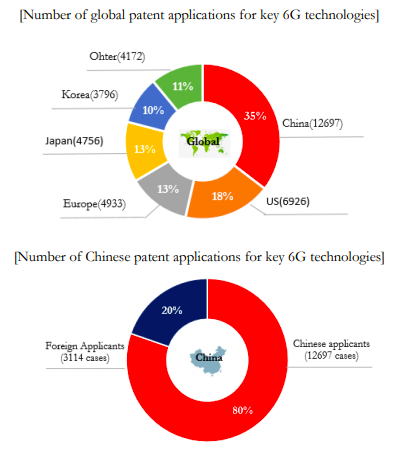 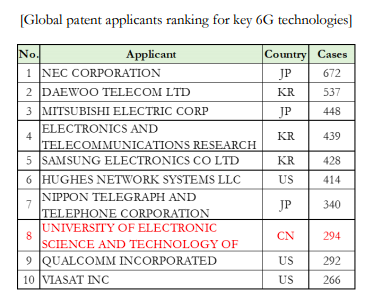 The report further analyzes the patent development status of four key technologies of 6G communication, including terahertz technology, air-space-sea-ground integration technology, deterministic network technology, and AI-based air interface technology. The number of global patent applications for each technology and the percentage of applications in China are shown below.

The future 6G will be a trend of combining wireless transmission with AI deep learning in the communication physical layer. The current total number of global patent applications in this field is 566, with the most from China, accounting for 75%. Chinese applicants are still mainly universities and research institutes, among which Southeast University, University of Electronic Science and Technology of China, and Nanjing University of Posts and Telecommunications rank in the top three. 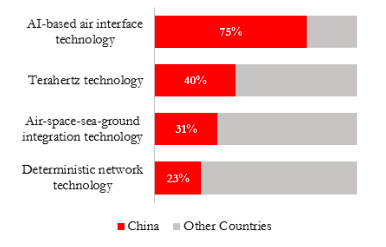