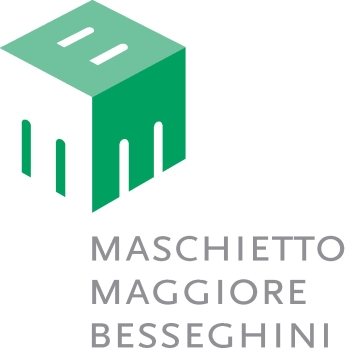 Recent years have experienced an increasing control of the governments upon their citizens due to, on one hand, the development of new technologies and, on the other hand, the serious threat that terrorism, especially the Jihadist one, addresses to Western countries. As a consequence, many European countries had been recently challenged before the European Court of Human Rights because of their abuse of human rights, especially the right to privacy, due to their invasive surveillance means and procedures.

The most recent one is the case originated in an application (n. 37138/14) against Hungary by two Hungarian nationals, Mr. Màtè Szabò and Ms Beatrix Vissy, that were staff members of a non-governmental “watchdog” organization voicing criticism of the Government. The applicants complained under Article 8 of the Convention for the Protection of Human Rights and Fundamental Freedoms ( “the Convention”) that they could potentially be subjected to unjustified and disproportionately intrusive measures for alleged national security purposes. Among the other claims, they especially challenged the control of the mere executive power over the secret intelligence gathering activities carried out by the anti-terrorist organ and complained a lack of judicial or independent control on security services.

The European Court of Human Rights (“ECHR”) found that Hungarian law violates Article 8 of the Convention and condemned the Hungarian Government. However, the Court’s judgement received some critics concerning the approach and the reasoning that brought to this decision. One of them is related to the actual role given to the judicial power in authorizing and controlling the use of secret surveillance and data gathering measures.

How does Hungary fight against terrorism?

The mentioned section provides that the anti-terrorist organ (“TEK”) may, for the purpose of fighting against terrorism and safeguarding the national security interests and/or rescuing Hungarian citizens who are – outside the territory of Hungary – in distress, perform secret intelligence gathering subject to the authorization of the Minister responsible for justice.

Moreover, Section 57-58 of the Act n. CXXV of 1995 on the National Security Services (“Nbtv.”) provides that Minister in charge of justice decides on the motion  of the secret intelligence gathering concerning a single person or a range of persons. No appeal lies against this decision nor information to the person(s) subject to the secret intelligence gathering is provided.

Against any possible abuse delivered by the ministerial power and, in general, the law enforcement organs, the Act n. CXI of 2011 (“Ajbt.”) establishes the Commissioner for Fundamental Rights, who may investigate on the secret intelligence activities and report the abuse or maladministration to the Parliament.

It’s a matter of qualification

Before the ECHR’s judgement, the Hungarian Constitutional Court (“HCC”) had rejected the related constitutional complaints raised by the two Hungarian citizens.

The HCC had held that the rights enshrined under Article 8, par. 1 of the Convention could only be restricted within the limits specified in par. 2 and that the process authorizing such information gathering should contain sufficient guarantees for the protection of the rights of the individuals.

However, the HCC stated that Hungarian laws complied with the said principles.

Notwithstanding the acknowledgement of the lack of judicial control over the mass surveillance activities delivered by the security services, the Court justified it stating that “the prevention and elimination of risks to national security require political decisions” [1] and that only the executive power may grant a “fair balance between the interests of national security and fundamental rights” [2].

Thus, the Court found that the right to privacy was sufficiently safeguarded a priori by the “necessity test” provided by Section 53 of Nbtv. [3] and any possible secret surveillance and data gathering activity authorized by the Minister was efficiently subject to an a posteriori control by the Commissioner for Fundamental Rights.

The judgement: prevention is better than cure

The excessive reliance on the ex post control delivered by the National Security Committee and the Hungarian Commissioner for Fundamental Rights has been contested by the ECHR.

The Chamber noted that the relevant Hungarian law is too vague and unclear to the extent that “under section 7/E (3) surveillance, it is possible for virtually any person in Hungary to be subjected to secret surveillance” [4].

The ECHR stressed that the prior judicial authorization for secret surveillance would be crucial in setting up solid limits to the discretion of the executive power “by following an established judicial interpretation of the same terms or an established practice to verify whether sufficient reasons for intercepting a specific individual’s communications exist in each case” [5].

Moreover, the legal provision that requires the authorities to merely justify the necessity to control a person or a range of personsfalls short of an assessment of strict necessity. The Court held that the decision on the motion of the secret intelligence gathering measures should be taken on the basis of “an individual suspicion regarding the target person” [6] in order to perform an appropriate and proportionate assessment.

Gathering an haystack in order to search for a needle

ECHR decision on this case substantially confirmed the results achieved with its previous judgements. In particular, it set forth once again the fundamental role of judicial power in ex ante assessment on the necessity and proportionality of the mass surveillance measures.

However, Judge Pinto De Albuquerque, a member of the Chamber which dealt with this case, strongly criticized the reasoning of the judgement. He said that the Chamber deliberately departed from the previous Grand Chamber’s judgement (Roman Zhakarov v. Russia [GC], n. 47143/06, 4 December 2015), which set the European standard on mass surveillance for intelligence and national security purposes.

According to the judge opinion, the Chamber, by stating the necessity of an “individual suspicion” of involvement in the offences or activities of the persons being monitored instead of a “reasonable” one – set out with the Zhakarov judgement -, has actually chosen a lower standard, which have significantly diminished the degree of protection for citizens.

Implicitly, the Chamber wanted to affirm the supremacy of the executive power over the judicial one in authorizing and controlling the use of secret intelligence gathering measures. As he says, “with the Chamber’s ubiquitous criterion, any kind of suspicion will suffice to launch the heavy artillery of State mass surveillance on citizens, with the evident risk of the judge becoming a mere rubber-stamper of the governmental social-control strategy” [7].

The importance of being informed

The ECHR’ judgement on Szabo and Vissy v. Hungary highlights how controversial is the relationship between executive and judicial power in authorizing and controlling the use of surveillance measures as well as how difficult is for governments to guarantee a fair balance between interest of national security and respect of fundamental rights.

When UK Prime Minister David Cameron, during an interview with the Channel 4 journalist Jon Snow, had to explain why UK would have backed Saudi Arabia joining the Human Rights Council of United Nations – considering that Saudi Arabia is the one of the most human rights abusing regime in the world -, he eventually ended up to give the following answer: “We have a relationship with Saudi Arabia and if you want to know why, I will tell you why: it’s because we receive from them important intelligence and security information that keep us safe”.

As the UK Prime Minister words reveal, gathering information for security purposes, either by institutional deal and by technology means, is too important to be limited by the moral consistency or by a strict interpretation of the law. Judge Pinto De Albuquerque underlined that it is a mere illusion thinking that global surveillance is the only way to fight global terrorism. However, he cannot deny that nowadays global surveillance plays a crucial role in this activity. And ECHR seems to have recognize it.