In the end of September 2019, Xiaomi launched in China their new mobile smartphone Mi MIX Alpha, which is equipped with one of the most, if not the most, potent processors to date, the Snapdragon 855 plus by Qualcomm. The new mobile smartphone has a completely new industry design as it is almost entirely made of screen. Brazilian fans are anxious for its local launch, the date of which is yet to be announced. 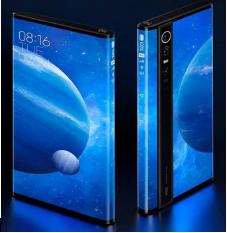 This new smartphone is intended for use with the 5G technologies and the new era of IoT (Internet of Things). As happens with almost all new developed technologies, the smartphone and the associated components (such as Qualcomm’s processor) are duly protected by the respective intellectual property fields, i.e., patents and industrial designs.

In Brazil, however, it may still take some time until a user can take full advantage of the gadget’s assets, since the country is still struggling with the implementation of the necessary infrastructure. Nevertheless, a first step to implement the necessary technologies has now been taken – the Brazilian PTO (BPTO) has started examining and deciding on patents related to all technology fields, including telecommunications. Thus, the office has made progress in removing barriers for manufacturing and licensing of technologies.

For many years, the BPTO has been “well known” worldwide for its huge backlog, that is, the number of patent applications that remain unexamined. As an example, for Xiaomi to get a patent for their new smartphone, it could take up to fifteen years based on the BPTO illustration below.

Figure 2 – Illustration showing timeline of mobile models and highlighting examination between 2014 and 2015 in Brazil (Source: INPI 2015).

However, in an attempt to solve the current backlog, the BPTO has been publishing a great number of the new so-called “Preliminary Office Actions”, a type of standard Office Action (OA) that cites prior art references uncovered in searches performed by foreign patent offices, which intend to expedite the Brazilian examination. In accordance with the relevant resolution, where a new set of claims is submitted in response to such office action, adapting/harmonizing the subject matter to a foreign counterpart in which the same prior art documents was cited, the application should be allowed in Brazil, provided that it complies with the Brazilian IP Law and rules. In cases where the patent is not yet granted in foreign jurisdictions, arguments are also necessary to demonstrate the patentability requirements.

Based on the positive attitude of the BPTO there is hope that the backlog will be eliminated in a relatively short term, estimated at around two to three years. And, based on the great number of recently issued office actions of this type (around two thousand publications per week), as well as allowance decisions (an increase of around forty percent) in the last few months, the country is definitely on the right track.