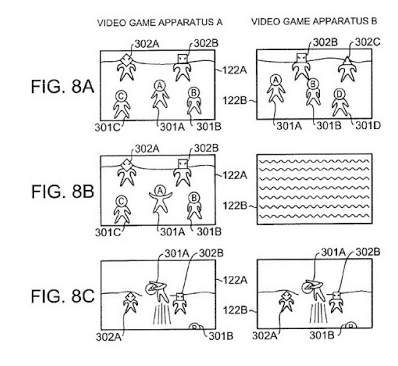 U.S. Patent No. 8,992,321 (the ‘321 Patent) is for all the players who like to show off their extra special moves. In a network game with multiple players, if a player makes a special move, this can potentially greatly influence the progress of the game. However, when a player is participating in a network game, the screen displayed on each player’s screen generally shows each individual player’s character. Therefore, a player may not be able to see the special move of another player which significantly influences the game. This brings about a problem that the excitement of the game is not enhanced.

This patent helps to resolve these problems by allowing each player in a network game to focus on a player’s character showing a special move. When one of the player characters makes a special move, not only the display screen of that player’s device focuses on the move, but the display screens of the devices of the other players in the party focus on the move as well. This allows for a flashy player to show off their impressive abilities.