VLSI wins US$ 2.18 Billion against Intel as patent infringement damages

VLSI originated as an integrated circuit (IC) manufacturer. It was acquired by Philips Electronics in 1999 and it is today a part of the Philips spin-off — NXP Semiconductors.

The two patents involved in the present lawsuit were U.S. Pat. No.: 7,523,373 and U.S. Pat. No.: 7,725,759. The first one was originally issued in 2012 to Freescale Semiconductor Inc. and the latter was issued to SigmaTel Inc in 2010. Both patents were transferred to VLSI in 2019. These patents cover inventions that increase the power and speed of processors. 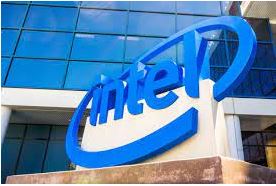 We do not claim any copyright in the image used. It has been used for academic and representational purposes

Intel argued that VLSI was founded 4 years ago, it is a non-practicing entity that has no products. Intel stated VLSI “took two patents off the shelf that hadn’t been used for 10 years and said, ‘We’d like $2 billion,”. It claimed that VLSI is a patent troll, its only revenue is through patent litigation.According to Intel VLSI was entitled to not more than $2.2 million.

In totality, this is the second-largest patent infringement damages ever awarded. In 2016, US$ 2.5 billion patent damages were awarded to Idenix Pharmaceuticals, however the same was overturned on invalidity grounds.

This amount is about half of Intel’s fourth-quarter profit. This verdict had a severe impact on Intel’s stock which fell by 2.6% in New York trading. The magnitude of damages is because of the reason that Intel has sold billions of infringing devices.