Wake up and Smell the Coffee: Competing Rights in selling “Compatible” Products

More specifically, Nespresso alleges that Jones Brothers’ use of the phrase “Nespresso compatible” on its packing and in is advertising “falsely suggest[s] and/or impl[ies] endorsement and/or sponsorship by and/or affiliation with, Nespresso.” [Complaint, Para. 15].

If in fact Jones Brothers’ capsules are compatible with Nespresso, however, that seems like a fact that consumers would want to know and Jones Brothers should be entitled to tell them. Not surprisingly, there is nothing in the Complaint to suggest how Jones Brothers could otherwise convey this information to consumers. It will be interesting to see how the line is drawn between Jones Brothers right to provide information about the use of its products and Nespresso’s right to be protected from competitors confusing its customers. 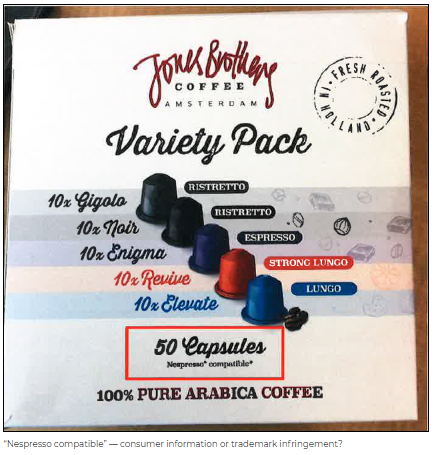 Nespresso also complains about the shape of Jones Brothers’ capsules, which it describes as “nearly identical replicas of the Nespresso Trade Dress in size, shape colors and appearance” down to the “‘dimpled’ cone shape that is identical to the iconic feature of Nespresso’s capsule.” [Complaint, 16]. This picture makes Nespresso’s point: 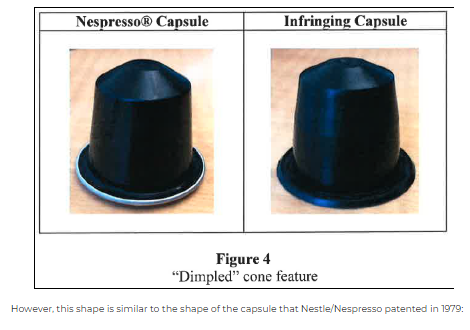 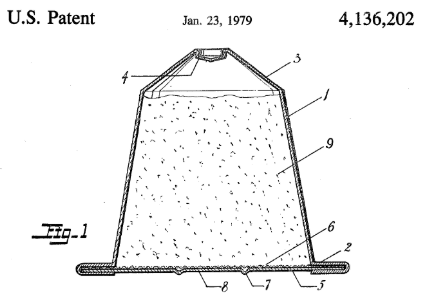 It seems that Jones Brothers would have a right to copy technology from an expired patent, but if Jones Brothers’ capsule is really causing actual confusion, should there be a remedy for Nespresso, or should the deal they struck getting the patent be strictly enforced?