Blog / Is it a bird? Is it a plane? Developments in global drone legislation 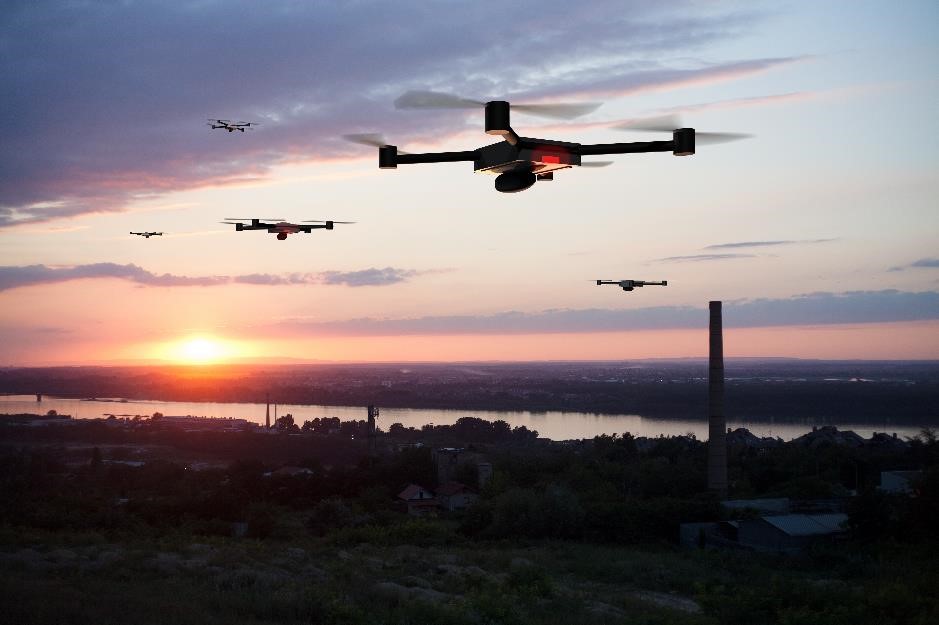 Over the last five years the popularity of consumer drones has soared sky high; but as more people are buying drones and with the plethora of sizes and models available, the regulatory regime for penalising rogue drone pilots is still inconsistent and, in some jurisdictions, non-existent.

Back in June 2017, as Jones Day highlighted the European Commission stated its intention to develop effective rules to ensure the safe operation of drones in altitudes of up to 150 metres. The commission aimed to implement rules concerning the registration of drones and drone operators, their identification and geo-fencing by 2019. Following this development, multiple jurisdictions throughout Europe moved to introduce new drone regulations. France led the way, quickly followed by Germany, Italy and the United Kingdom.

Following a consultation by the UK government on the safe use of drones, new rules were introduced in May 2018. The rules imposed penalties for drone operators flying their craft near to airports, provided the police with more robust enforcement powers and stated that all drone operators with drones over 250kg must register with the Civil Aviation Authority.

A few months on and the crackdown on dodgy drone drivers has taken off. A recent decision by Peterborough Magistrate’s Court found a drone operator guilty on two charges for recklessly flying his drone beneath a police helicopter, which was attempting to locate a missing person. The court handed down a fine of £184 and ordered the payment of a £30 victim surcharge; his £900 DJI Phantom 4 drone was also seized.

Over in Canada, drone regulation has had a slightly erratic trajectory. The Canadian government initially introduced legislation aimed at tackling maverick drone operators back in 2017. The Canadian restrictions are more extensive than some of the European equivalents and have been reformed and rewritten over time, as Clyde & Co highlighted earlier in the year. Canadian rules emphasised respective restrictions for different size classes of drones and introduced special flight operations certificates for operators of certain classes. The rules also made it a requirement for all pilots of drones over 250g to hold minimum liability insurance worth C$100,000.

One year on and the first drone-related conviction under the Criminal Code of Canada went through the courts and a fine of C$3,000 was handed down in October 2018. The case involved a man who was convicted for dangerously flying his drone within 30 feet of the approach at Yellowknife Airport. The more substantial fine of C$3,000 (compared to that recently handed down by Peterborough Magistrate’s Court in the United Kingdom), was described by the presiding judge as “too lenient”, as the individual “had been caught flying his drone illegally in the city of Yellowknife several times before this incident”.

Over the border in the United States, as Cozen O’Connor has explored, there are extensive rules surrounding the operation of drones in US airspace and a concerted effort to more fully integrate drones into the national aviation regulatory system. In addition, following multiple serious incidents involving drones and military aircraft, the Department of Defence recently granted authorisation for military personnel to “take down” any “unmanned aircraft systems” flying near to military bases.

However, in a climate where the US Department of Commerce has listed the development of micro-drones as essential to US national security and with companies such as Amazon seeking to forge forward (and upwards) with the use of autonomous delivery drones, in certain jurisdictions there is still inconsistency and a lack of guidance in the regulatory framework covering drones.

This is exactly the situation in Australia. A recent Senate inquiry report emphasised the need for new rules and listed the “immediate reform of the current regulations” as its top recommendation. This has led to a climate of uncertainty as further reform of the regulations is prepared. As Corrs Chambers Westgarth recently investigated, the relatively scant regulation of lightweight unmanned aircraft is likely to become more prescriptive in an attempt to prioritise safety and enforcement.

Following the release of earlier aviation guidance by the European Commission, in Summer 2018 the European Union introduced further regulation in an attempt to set “common rules” and “harmonise the legal framework” through the establishment of the European Union Aviation Safety Agency. It is now up to individual EU member states to interpret and adapt their rules so that they are compliant with the new European directive. This process has begun with countries including Spain, Ireland and Switzerland all beginning the legislative process of adapting and introducing EU compliant aviation rules.

In a world of rapid technological advancement, lawmakers and governments need to stay ahead of the curve so that relevant restrictions are put in place before technology becomes widespread. As the proliferation of drones and the associated lack of regulatory control has proven, simple and consistent regulation is required to avoid confusion and prevent misuse. As the drone industry has evolved, a more consistent regulatory framework is gradually falling into place.

To keep up with developments in this area, check out our drones hub.