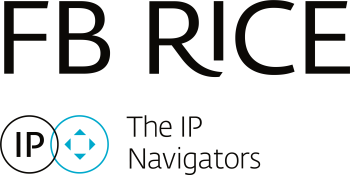 On 26 April 2018 the UK government ratified the agreement aimed at establishing the long-awaited Unified Patent Court (UPC) in Europe. The fate of the UPC now rests with Germany as the only remaining country still required to ratify the agreement before it can come into effect. There remains some uncertainty around exactly when that will happen. Nevertheless, the UK’s ratification represents a significant step towards implementation of a radically different framework for patent enforcement in Europe. We recommend that Australian and New Zealand companies take note in preparation for the changes ahead.

European Patents are currently validated and independently litigated in individual European member states after grant. The UPC agreement provides the opportunity of a single Unitary Patent right effective across multiple European member states. The Unitary Patent will be litigated centrally, at the newly created UPC. A key advantage of the Unitary Patent is that it will often cost less than the current system because of reduced translation requirements, grant formalities and renewal fees. Nevertheless, the current system will run alongside the new Unitary Patent, with both options available for at least 7 years.

The constitutional requirements of different countries have impacted the timing for ratification of the UPC agreement. For example, France has been able to ratify the agreement before amending its legislation, whereas the UK and Germany require new legislation to pass first. Despite the UK Parliament having passed legislation to this effect in 2014, there has been a considerable delay in the UK ratifying, not least due to uncertainty surrounding Brexit.

Despite the UK ratifying the UPC agreement, a question remains over whether the UK could participate in the UPC system following its withdrawal from the EU in March 2019. Ratification has taken place seemingly in the hope that the new system may begin prior to Brexit and that the UK may continue to be part of the system after its withdrawal from the EU. However, as all participating countries in the UPC will be bound by the jurisdiction of the European Court of Justice (CJEU) as the highest legal authority, the continued participation of the UK post-Brexit may depend on whether the CJEU will be prepared to allow it. This issue will continue to be relevant if the UPC begins prior to Brexit, or, if the UPC begins post-Brexit, the UK wishes to join the UPC system at that time. It is not yet clear exactly when we may know the answer.

When will Germany ratify the UPC?

A legal challenge in Germany’s supreme constitutional court (Bundesverfassungsgericht) remains a significant obstacle to German ratification and the UPC entering into force. The challenge involves a complaint that (i) when the UPC was approved unanimously by the German parliament (Bundestag), only 35 of 630 members were present whereas a two thirds majority was required, and (ii) that the judges of the UPC will lack independence due to the procedure for their appointment and the short (6 year) term of office. The complaint has been listed in the Bundesverfassungsgericht’s case list for 2018, which provides hope that the matter will be settled this year.

The Bundestag has also debated a motion by the AfD (Alternative für Deutschland) political party, which raised the same issues as those of the complaint against ratifying the UPC. In a positive sign for the UPC, that motion faced substantial opposition from all major political parties.

What should Australian and New Zealand companies do now?

Whilst the timing of the UPC’s implementation remains unclear, the UK’s ratification of the agreement is another sign of the momentum towards this radical change in European patent enforcement. It is generally considered that the new system may well come into force in the next 12-18 months. It is also possible that the UPC may come into effect sooner, if the German challenge to the UPC fails quickly. It would therefore be prudent for Australian and New Zealand companies to take stock of their European patent portfolios now in order to prepare for the changes ahead. Trade marks and design rights should also be considered carefully.

For patent owners that validate widely in Europe following grant, the introduction of the new system may offer significant cost savings. As a result, it may be desirable to delay the progress of pending European applications now in order to maximise the chances of benefitting from the new system.

Patent applicants will also need to consider whether, at grant, they will opt for a Unitary Patent or a traditional European patent, and also whether they wish their already-granted European patents to fall under the jurisdiction of the UPC. Owners of already-granted European patents will have the right to opt out of the new UPC when it does come into effect. This presents an interesting option of removing European patent rights from the potential vulnerability of a single attack from competitors. Given the possibility of opting in to the UPC if and when the patent owner wants to start a single enforcement action, opting out at the start may be a good strategy. However, no one strategy will fit all circumstances best, so careful planning is recommended.