In this article, we look at the worldwide data tracking issuance of Augmented Reality/Virtual Reality patents from the third quarter of 2021. We look back at the worldwide data tracking issuance of Augmented Reality/Virtual Reality patents. As a brief overview, Augmented Reality/Virtual Reality (“AR/VR”) generally refers to a class of technologies that merge a view of a real-world environment with virtual objects and information or provide an entirely virtual environment as a user experience. AR/VR technologies are drawing renewed attention due in part to the availability of cheaper and more powerful mobile computing devices, faster and ubiquitous communication networks, plus the increased need for means of remote communication and collaboration in this work from home era. No longer are AR and VR restricted to entertainment and science fiction; they have now expanded into online shopping, workplace training and collaboration, healthcare delivery, and the real estate market, just to name a few. In this series, we track the growth in AR/VR patents worldwide that we expect will accompany the rapid innovation in this technology space. We highlight trends in patenting AR/VR technologies—who is obtaining AR/VR patent protection, and where. We track the various technology centers at the United States Patent and Trademark Office that handle AR/VR applications. And, from time to time, we shine the spotlight on interesting new AR/VR patents.

The third quarter of 2021 followed the trend of increased Augmented Reality/Virtual Reality patents that began in the first quarter of 2021. In the third quarter of 2021, 2735 patents were issued worldwide related to AR/VR technologies, a slight increase from 2698 patents issued in the second quarter of 2021. China and the United States remain the highest volume offices, with the Chinese patent office (SIPO) issuing about 1213 patents and the USPTO issuing 780 patents approximately matching their second quarter volumes. SIPO continues to issue more patents in 2021 than USPTO compared to the previous year. Overall, most offices around the world issued more AR/VR patents, perhaps attributable to increased interest in the Metaverse. For example, in the third spot, Korea has issued patents 285 in the third quarter of 2021 (146 more than Q3 of 2020). Japan, another country in the top ten, issued 121 patents (43 more than Q3 of 2020). 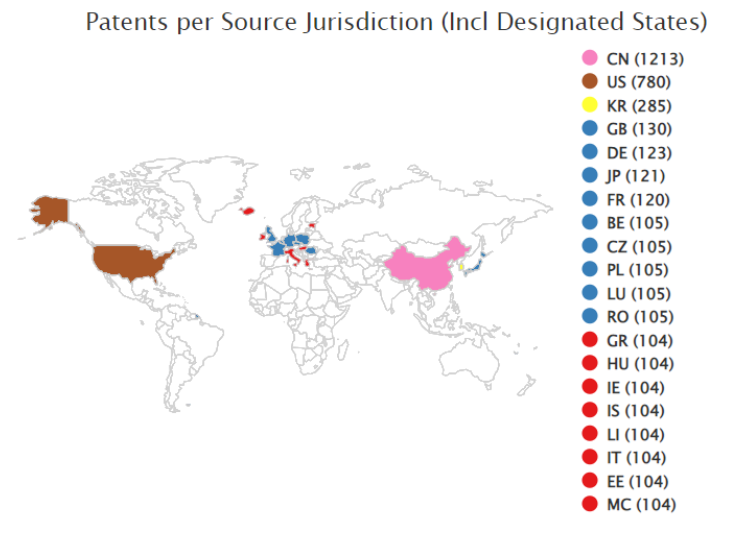 FIG.1 Top Jurisidictions for AR/VR patenting in Q3 of 2021

After a year of being in the top five, Magic Leap moved to the top position with 63 AR/VR issued patents. Microsoft dropped to the second spot with 39 new patents to its collection. Google and Meta Platforms (previously Facebook) were in a close third position by each acquiring 38 additional AR/VR related patents. Huawei is the only Chinese company in the top ten. BOE Technology Group, another Chinese company that was in the tenth spot in the first quarter of 2021, has slipped to the twelfth spot with 16 issued AR/VR patents to its name. 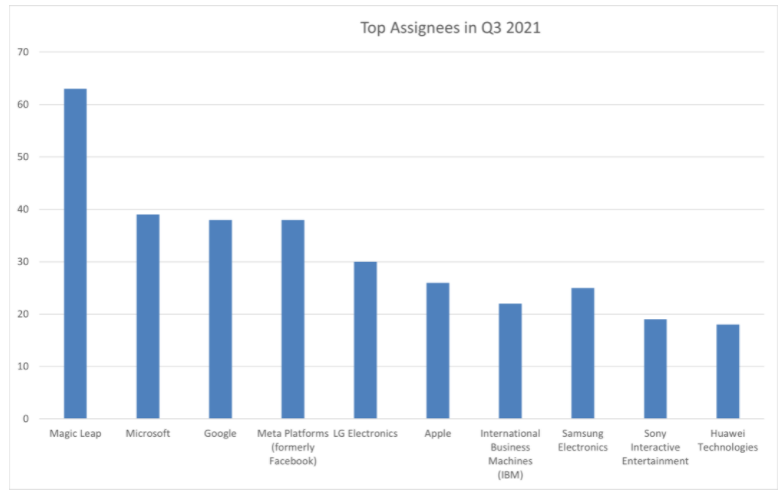 FIG.2 Top ten assignees by volume of AR/VR patents issued in Q3 of 2021

This quarter, we return to the 2800 Technology Center at the USPTO we have discussed in the third quarter of 2020. Tech Center 2800 handles applications directed to semiconductors, electrical and optical systems, and components thereof. As of the end of the third quarter of 2021, Tech Center maintains an average allowance rate of 82%. Prosecution in Tech Center 2800 is relatively smooth compared to other Tech Centers, but the number of patent applications has been steadily dropping. As of 2021, pending patent applications have dropped significantly to 8,019 (compared to 34,350 in 2020). A significant increase in allowance rate above 90% for the last couple of years could have resulted in the drop of the total pending patents. Additionally, the drop could be due to a switch in focus from new hardware to new software and interaction methods with the recent attention for Metaverse.

For allowed applications in Technology Center 2800, around 80% had previously faced rejections based on prior art under 35 U.S.C. §§ 102 or 103. But rejections under 35 U.S.C. § 101 are infrequent, with less than 5% of all applications facing such rejections. The smooth sailing continues as the average pendency for patents issued by Tech Center 2800 is now only 2 years, 3 months, and 28 days from filing to issuance. Moreover, the quick prosecution cycles are achieved with only about 20% of patents issued by Tech center 2800 after filing for and Request for Continued Examination, with only one-fifth of those requiring two or more Requests for Continued Examination. Lastly, applicants have successfully appealed a Final Office Action to the Patent Trial and Appeal Board. More than 72% of the time outcome of an appeal was in the applicant’s favor.

While the statistics show an overall drop in total volume worldwide, the numbers can hint at which companies are prioritizing AR/VR (or at least not abandoning it) amid the international shakeup in the wake of the pandemic. Some may see even greater value in protecting their inventions as companies, educators, and families seek for solutions to collaborate, work, learn, teach, and stay connected from the safety of their own homes.

Our analysis includes a search of all patents granted around the world in the third quarter of 2021, from July 1 to September 30, for keywords in the title, abstract, or claims related to AR/VR technologies. We then review the data to determine which offices are issuing relevant patents and which companies are focusing on protecting their innovations in the different parts of the world. For design patents, the same search was run, however, we note that the search was limited to the United States and Canada as design protection differs worldwide.