China's trademark applications exceeded 5 million in 2017, up 55.7% year on year 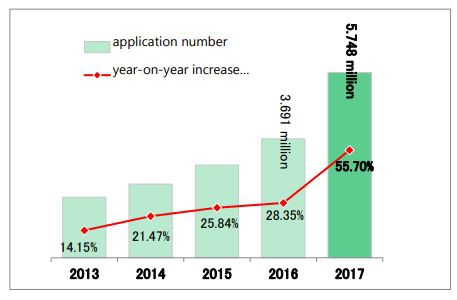 In 2017, 4,810 applications for Madrid international registration of trademarks were submitted by Chinese applicants, representing a 59.6% increase over 2016, ranking the third in the Madrid Alliance.