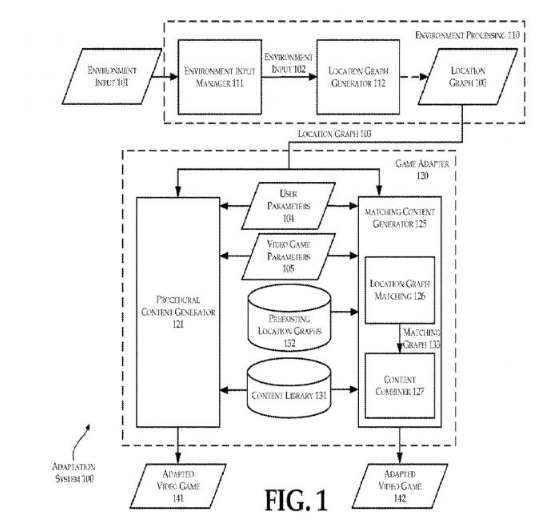 U.S. Patent No. 10,252,167 (the ‘167 Patent) relates to video games and the ability to provide scenes from real-world places. An example is a racing game that uses real-world road maps and scenery. Currently available technologies generally require extensive development effort for each real-world environment made available within a game. The invention may function by combining a video game 3D model with a real-world location graph. This model can be aligned with nodes to correspond with the real-world location. This invention could revolutionize the previously pain-staking and tedious process of manually developing video game content for the particular environment.