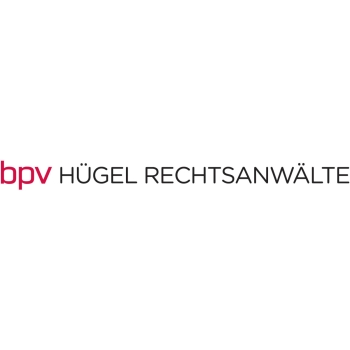 Are trusts legally recognised in your jurisdiction? If so, what types are available and most commonly used?

Generally, Austrian law does not recognise the legal institution of trusts, but it is familiar with the term. Austria has neither codified nor ratified the Hague Trust Convention, which governs the recognition of trusts in the signatory states. However, following a 2017 European Court of Justice ruling (Panayi Trusts) which upheld the cross-border mobility of trusts and foundations, Austria must accept the legal influx of foreign trusts.

Various legal institutions exist under Austrian law whose functions are comparable to different types of trust. For purposes of asset management and estate planning, Austrian law recognises private foundations. As a transfer mechanism for financial transaction, Austrian law provides for investment and pension funds, but also a trusteeship, which is a separation of property in rem and beneficial ownership.

What rules and procedures govern the establishment and maintenance of trusts?

There are no provisions concerning the establishment and maintenance of trusts.

How are trusts taxed in your jurisdiction?

A foreign trust may be regarded as either a ‘transparent’ (ie, disregarded for tax purposes) or an ‘intransparent’ entity (ie, a taxable subject for corporate income tax purposes). In case of a transparent trust, the income of the trust is directly allocated either to the beneficiaries or the settlor, and is subject to tax in their hands.

An intransparent foreign trust is regarded as a taxable entity and, as such, not subject to tax in Austria unless – in accordance with the relevant double tax convention – a right of taxation is allocated to Austria as the state of source. Distributions of the (intransparent) trust to individuals are subject to Austrian income tax. In case of a distribution by a foreign foundation or estate that is comparable to an Austrian private foundation, the special tax rate of 27.5% applies to the distribution.

In principle, a foreign trust is treated as intransparent and is deemed a taxable entity for income tax purposes if it fulfils the criteria of a discretionary trust as defined by the case law of the Supreme Administrative Court. The court’s criteria include that the trust must be irrevocable and the beneficiaries must neither have a right to dispose of the trust’s assets nor influence the management of the trust. If not all of those criteria are met, the trust is regarded as transparent and its assets are allocated to the beneficiaries from an Austrian tax perspective. Whether the trust is treated as transparent or intransparent must be determined on a case-by-case basis, considering the overall picture of the trust at hand.

Are foundations and charities legally recognised in your jurisdiction? If so, what forms can they take?

A private foundation is recognised in Austria as Privatstiftung. It is a legal entity whose internal organisation and purpose are largely determined by the founder. The private foundation’s structure largely resembles that of a limited company, but with beneficiaries instead of proprietors.

Austrian law also recognises another form of foundation, which is exclusively for charitable purposes. The regulations for this type of foundation essentially follow those applying to private foundations.

What rules and procedures govern the establishment and maintenance of foundations and charities?

Additional assets may be contributed to the private foundation after it has been established.

How are foundations and charities taxed?

Austrian private foundations are treated as corporations under the Corporate Income Tax Act. They are subject to the ordinary corporate income tax rate of 25% on their worldwide income.

A withholding tax of 27.5% is also imposed on distributions made to private foundations’ beneficiaries, although this will be (fully or partly) relieved if double taxation conventions exist with the countries in which the beneficiaries are residents.

Austrian private foundations that have disclosed their beneficial ownership information, as well as founding documentation, to the tax office in charge benefit from a special tax regime for their non-business income. This regime consists of interim taxation for investment income and income derived from alienation of real estate as defined in a catalogue of the Corporate Income Tax Act (ie, interest income, capital gains from securities and from real estate).

Foundation entrance duty is imposed on contributions made to the foundations or charities if either the foundation or the donator is resident in Austria for tax purposes.

There are corporate income tax exemptions for donations to charitable foundations.