Are you skilled enough to take a chance? A legal and regulatory analysis of gambling laws in India 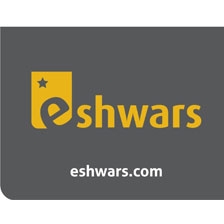 Digital entertainment and online gaming platforms have assumed unprecedented user and subscription base over the last few years and the pandemic has further provided the timely thrust that such businesses needed in a long time. In this article we will briefly walk you through the basic legal aspects prevalent in India that govern the business of online and virtual gaming.

The online gaming business boomed and is still continuing to receive its share of active gamers who are fascinated by the digitally developed conventional games that enable you to play with other gamers from any other part of the world or in certain cases, with the computer technology itself! . With the technological development that has resulted in playing games with computer through artificial intelligence-based software designed for the same, certain online games have again fallen under the radar to settle the dispute of whether they are a game of chance or game of skill.

In this regard, it is pertinent to note that under the Constitution of India, the state legislatures have been entrusted with the power to frame state specific laws on betting and gambling (games of chance). The Public Gambling Act, 1867 (‘Public Gambling Act’) which prohibits all activities related to gambling, has been adopted by several states including Uttar Pradesh, Madhya Pradesh, Chandigarh and Haryana, while other States like Andhra Pradesh, Delhi, Gujarat, Meghalaya and Goa among many others have resorted to enacting their own gambling legislations. The states of Sikkim and Nagaland in India have enacted legislations pertaining exclusively to ‘Online Gaming’ within their territory and in states like Telangana, Assam and Orissa gambling is entirely prohibited irrespective of the medium.

Recently, a petition had been filed in the Bombay High Court by Keshav Muley, an office-bearer of a regional political party, that sought registration of an FIR against the makers of a game application called ‘Ludo Supreme’ alleging that the game involves only chance/gamble and there was no skill required to play the game. According to the petition, one could play the game “Ludo” downloaded through the Ludo Supreme App by betting money and the bank account could be linked to the application and money could be deposited with the application’s electronic wallet wherein the player winning the game would take all the money put in by the rest of the players and a certain amount would be deducted by the application service provider as its share of remuneration. In the said petition filed, it has been contended that Ludo is a “Game of Chance” and that by throwing dice in it, the player does not know which number will appear and thus, there is no application of skill of the player. On this basis, this petition claims that the service of offering online Ludo gaming by the company, tantamount to gambling service. Further, the pop-up ads in the said app seemed to encourage people at large to play the game of ludo with an assurance that one would only win money and not lose any, as contended in the petition.

At this juncture, it is pertinent to note that among judicial precedents concerned with gaming, the courts have recognised that no game is a game of pure skill alone and almost all games involve at least the minutest of luck, but yet can circumvent the stigma of gambling, if the skill involved is higher than the chance.

THE OLDEN BUT GOLDEN HOLDINGS!

One of the earliest rulings on this aspect is probably that was laid down by The Hon’ble Supreme Court, in the matter of State of Bombay v. R.M.D. Chamarbaugwala [MANU/SC/0019/1957], wherein it had interpreted the words “mere skill” to include games which are preponderantly of skill. It held that if a game, is preponderantly a game of skill, but also has an element of chance, it would nevertheless be a game of “mere skill”.

In, State of Andhra Pradesh v. K. Satyanarayana and Ors. [MANU/SC/0081/1967] the Apex Court held that famous cards game rummy is not a game entirely of chance and it requires certain amount of skill because the fall of the cards has to be memorised and the building up of Rummy requires considerable skill in holding and discarding cards.

These judgements obviously were delivered much before the dawn of the era of online gaming and did not at that point in contemplate online rummy that involves playing not with other individuals but with computer technology where there is no skill involved from all the sides, thereby making it a game of chance.

Similarly, in K.R. Lakshmanan Vs. State of Tamil Nadu and Ors [MANU/SC/0309/1996] the Supreme Court of India ruled that horse racing, chess, rummy, golf and baseball are all games of skill. It further held that betting on horse racing was a game of skill as it involved judging the form of the horse and the jockey, and the nature of the race, among other variable factors.

While taking a contrary view on playing rummy for stakes, In 2012, in the case of Tamilnadu v Mahalakshmi Cultural Association[MANU/TN/0741/2012 : 2012 (2) CTC 484], the Madras High Court, observed that although the game of rummy played with 13 cards is a game of skill predominantly, if it is played for stakes or any club or association makes profit out of the same, then it would tantamount to gambling and attract appropriate penal provisions.  However, the Supreme Court vide order dated 18th August 2015 allowed the poker club Mahalakshmi Cultural Association to withdraw its Special Leave Petition as the members of the club had been acquitted of all the criminal charges in this regard by the trial court and specifically brought on record that the observations contained in the High Court order did not survive.

THE MODERN AND ACCORDANT WAY!

Recently, in the matter of the well-known fantasy sports game Dream 11 there were cases filed in various parts of India. The first Indian court to rule that fantasy sports games are games predominantly based on skill was the High Court of Punjab & Haryana in the matter of Varun Gumber Vs. Union Territory of Chandigarh and Ors [MANU/PH/1265/2017], concerning the online fantasy sports based game “Dream 11”. In this case it was observed that “It has been found that horse racing like foot racing, boat racing, football and baseball is a game of skill and judgment and not a game of chance. The aforementioned finding squarely applies to the present case. Even from the submissions and contentions of respondent-company and factual position admitted in writ petition, I am of the view that playing of fantasy game by any participant user involves (selecting a) virtual team by him which would certainly requires a considerable skill, judgment and discretion”. Subsequently, in Gurdeep Singh Sachar Vs. Union of India and Ors [MANU/SCOR/76102/2019], the Bombay High Court found that success in Dream 11’s fantasy sports depend upon user’s exercise of skill based on superior knowledge, judgment and attention, and the result thereof is not dependent on the winning or losing of a particular team in the real world game on any particular day. It was concluded that it is undoubtedly a game of skill and not a game of chance. Further, the Jaipur High Court, in Chandresh Sankhla vs The State of Rajasthan [MANU/RH/0182/2020], held that the result of a fantasy game depends on skill of the participant and not sheer chance, and winning or losing of the virtual team created by the participant is also independent of the outcome of the game or event in the real world. Further it was held that the format of online fantasy game is a game of mere skill, and it has protection under Article 19 (1) (g) of the Constitution.

Further, while considering a petition pertaining to online gambling in cyber space, the Gujarat High Court in the case of Amit M Nair v State of Gujarat [MANU/GJ/1308/2020], categorically directed the state to monitor online gambling games and take appropriate action under the law and also examine whether such games result in money laundering or violation of foreign exchange laws as well.

The Law Commission of India headed by Justice B. S. Chauhan, a former judge of the Supreme Court was mandated by the Government of India to make recommendations on the possibilities of legalization of sports betting in India and the review of Gaming Legislations with a view to provide for a Central licensing regime.

The Law Commission received public comments and held active discussions with all stakeholders Thereby developing a robust report in support of a regime to legalise the already burgeoning gambling industry in India. The report on legalizing betting and gambling in India released in July 2018, contained the following key recommendations:

1. Need for autonomous regulation for gambling and betting industry.

2. Certain skill centric games should be made an exception to the prohibition on “gambling”.

3. Only an operator holding a valid license granted by the game licensing authority should be allowed to provide betting and gambling services.

5. All betting and gambling transactions ought to be linked with Aadhaar/PAN card of the operator and the participant/player to protect the public from aftereffects and increase transparency.

6. The enactment related to betting and gambling should be enacted in such a way that ensures protection of the vulnerable section of society from exploitation.

7. Any income derived from such activities should be made taxable under the applicable tax laws in India.

8. Transaction between operators and participant/player to be made mandatorily cashless and any cash transaction should be penalized by an enactment.

Internet gambling presents essentially many of the same concerns that the traditional gambling activities have raised throughout the years like the likelihood of addiction, the possibility of fraud etc. The supporters of a ban of Internet gambling maintain that outlawing the activity for all individuals is the only way to ensure that a segment of the population, children, will be adequately protected from corruption.

However, it is evident from judicial interpretation in India that the question of whether a particular game is a game of skill or chance is to be decided basis facts of each case. As much as there is uniformity in approach of the courts in India while deciding what constitutes a game of skill or chance, with the advent of technologies, the latest online games seem to stand on a thin line between skill or chance as online games are still gray areas in Indian legislations. It will be worth the wait to see if the petition against the beloved Ludo will prompt the enactment of an exclusive legislation.