Naughty or Nice? A Few Last Minute Tips for Using Santa Claus in Your Advertising

Are you planning to use Santa Claus in some holiday-themed social media posts? If so, here are a few last minute tips to keep in mind that should help keep you off of Santa's naughty list.

Even if your own kids may have seen a parent kissing Santa Claus, think twice before suggesting that Santa isn't real. If you're looking to aggravate parents who are trying to keep the magic going, this is the way to do it. (Here's one example.)

Remember, also, what Santa Claus represents to many people. If you treat the Santa Claus disrespectfully (such as showing him associated with alcohol, tobacco, or violence), or portray him in a way that tarnishes his image (such as showing him forgetting about Christmas), you're likely to hear from people who will say that you are not bringing joy to the world.

Speaking of alcohol, if you're promoting that people should have a cup of cheer, it's best to stay away from using Santa Claus. The Distilled Spirits Council's Code of Responsible Practices, the Beer Institute's Advertising/Marketing Code, and the Wine Institute's Code of Advertising Standards all prohibit the use of Santa in marketing materials.

The rationale behind not using Santa in alcohol advertising is that Santa may have particular appeal to children. So, if you're promoting other products that are not intended for kids, it's better to deck your posts with boughs of holly, rather than with pictures of Santa. 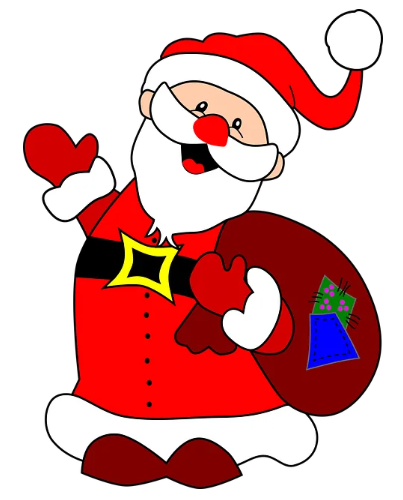