In brief: directors' and officers' liability for company insolvencies in Kenya 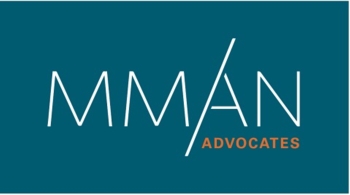 Directors’ liability – failure to commence proceedings and trading while insolvent

Directors’ liability – other sources of liability

Apart from failure to file for proceedings, are corporate officers and directors personally liable for their corporation’s obligations? Are they liable for corporate pre-insolvency or pre-reorganisation actions? Can they be subject to sanctions for other reasons?

What defences are available to directors and officers in the context of an insolvency or reorganisation?

The Act outlines that, where a director or officer or former director or officer of a company is charged with offences involving transactions to defraud creditors of a company in liquidation, they shall not be liable if the conduct alleged to constitute the offence occurred more than five years before the commencement of the liquidation and if they prove that at the time of the alleged offence, they did not have any intent to defraud the company’s creditors. Under all other scenarios, the director shall have a defence if they prove that they had no intention to conceal the state of affairs of the company or to defeat the law. An additional defence is that the director took such steps to avoid potential loss to the company’s creditors as he or she ought reasonably to have taken, in a claim for wrongful trading.

Do the duties that directors owe to the corporation shift to the creditors when an insolvency or reorganisation proceeding is likely? When?

Not in all circumstances. On the appointment of a liquidator, all the powers of the directors cease (and are transferred to a liquidator), except so far as the liquidation committee, or if there is no such committee, the creditors, sanction their continuance.

What powers can directors and officers exercise after liquidation or reorganisation proceedings are commenced by, or against, their corporation?

The powers of the directors vest in the liquidator or provisional liquidator (or supervisor) when a liquidator is appointed. They do, however, retain a residual right to challenge the liquidation process.