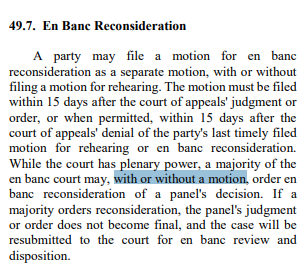 Mahana, a nurse anesthetist, alleged that her supervisor at U.S. Anesthesia Partners sent text messages falsely stating that she tested positive for drugs and was being fired. Mahana sued the employer for intentional infliction of emotional distress. The employer moved to dismiss under the TCPA and appealed after the trial court denied the motion.

In a split decision, the Dallas Court of Appeals concluded that because the text messages did not address Mahana’s job performance, they were not “communications related to the provision of medical services by a health care professional.” Therefore, the text messages were not an exercise of the employer’s right to free speech, which the TCPA defines to include communications on an “issue related to health or safety,” and the TCPA did not apply. Justice Bridges dissented, arguing that any drug use that could impair Mahana’s ability to do her job had a sufficient relationship to issues of health and safety, such that the TCPA applied to the text messages.

No, U.S. Anesthesia Partners never moved for reconsideration en banc. TRAP 49.7 allows a “majority of the en banc court may…, with or without a motion, [to] order en banc reconsideration of a panel’s decision.” And the Court’s own Internal Operating Procedures note that it will “on occasion” sit en banc without a request from the parties. So, Justice Whitehill requested en banc consideration sua sponte.

But doesn’t the en banc process start after the opinion issues?

No, TRAP 49.7 allows en banc consideration to occur at any time the Court has plenary power. In fact, a Court can order the case to be heard en banc in the first instance. See TRAP 41.1(a), 41.2(a). For example, the Court might order en banc consideration at the outset when an appeal directly challenges binding precedent from the Court, which a panel cannot overrule.

I still don’t understand why the vote on en banc happened before the Court issued an opinion in the case.

Although we can’t know the precise reasons why Justice Whitehill requested en banc review when he did, a few considerations appear to be at play. First, the Court has a practice, which some Justices have mentioned but which does not appear to be formally memorialized for the public, of circulating opinions in certain cases to the entire Court before an opinion issues. This will occur, among other times, when there will be a dissent in a case heard by a three-justice panel, as occurred here. Second, the Court has an internal goal of issuing opinions in all cases that have been argued (or submitted without argument) before the start of its new fiscal year on September 1. The opinions here issued on August 27. Both of these factors could have led to the decision to address en banc review at the same time the panel was issuing its opinions.