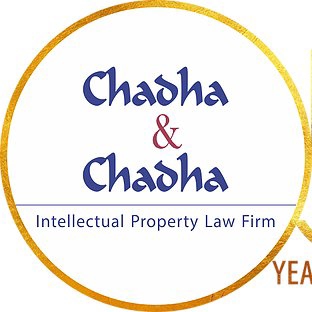 Product packaging or the look of a product has nowadays become just as essential as the product itself.  A trade dress is the visual appearance of a product or its packaging which forms an important component as the source of the product and “unlike traditional trademark law that protects words or logo, trade dress law protects the total package and design of a product.”[1]

As compared to the United States of America where trade dress has been given statutory protection under Section 43(a) of the Lanham Act, trade dress is not mentioned in the Trade Marks Act, 1999 in India. However, the definition of a trademark under Section 2(zb) of the Trade Marks Act, 1999 includes within its ambit "shape of goods, their packaging and combination of colors". This makes it clear that trade dress is included within the definition of a trademark. Trade dress is protected in the same manner as an unregistered trademark.

Trade dress in India does not require any formal registration and is connected with the reputation and the goodwill which is built with time. In certain cases of passing off, the mark per se may not be similar but rather be quite different. However, the packaging, color, get up or layout can be deceptively similar which may cause confusion in the minds of the consumers.

Hon’ble Justice J.D. Kapoor in the case of Colgate Palmolive Company v. Anchor Health and Beauty Care Pvt. Ltd.[2] held “This criterion flows from the concept of action of passing off developed over the years that it is the similarities and not the dissimilarities which go to determine whether the action for passing off is required or not. That is why in trademark cases even the deceptive similarities are considered sufficient for infringement of the trademark. If similarities of trade dress are substantial from the look of the two goods, it comes within the mischief of passing off." This was the first case in India to accept the concept of trade dress and provided the plaintiff protection for the same.

To obtain relief under passing off of trade dress the onus of proof is on the plaintiff to prove that the image of the product has acquired distinctiveness so that it can be distinguished from a competitor. When the distinct image of the product is deceptively used by someone else in order to take advantage of the goodwill of the product, it is said to be a case of passing off. This is because it creates confusion in the minds of the consumers due to similar packaging or look or feel of the two products.

In the case of Laxmikant v. Patel v Chetanbhai Shah[3], the Supreme Court opined that where there is the probability of confusion in business, an injunction has to be granted even if the defendants adopted the name innocently. Most of the passing off cases are deliberate and intentional misrepresentation. An absence of an intention to deceive is not a defense, although proof of fraudulent intent may help the plaintiff in establishing deception.

It is pertinent to mention the anti-dissection rule which is followed in many of the cases in India and is based on customer behavior. This rule has been elaborated by the Delhi High court in the case of Himalaya Drug Co., v SBL Limited[4]. According to this rule “Compare composites as a Whole Conflicting composite marks are to be compared by looking at them as a whole, rather than breaking the marks up into their component parts for comparison. This is the "anti-dissection" rule. The rationale for the rule is that the commercial impression of a composite trademark on an ordinary prospective buyer is created by the mark as a whole, not by its component parts. However, it is not a violation of the anti-dissection rule to view the component parts of conflicting composite marks as a preliminary step on the way to an ultimate determination of probable customer reaction to the conflicting composites as a whole.”

Another criterion to decide whether it is a case of passing off is that the two trademarks should be deceptively similar. This was decided by the Supreme Court in the case of Parle Products (P) Ltd. v J.P. & Co., Mysore[5] and held that the defendant's wrapper was deceptively similar to that of the plaintiffs. In this case, the plaintiff is the manufacturer of Parle G biscuits and is the owner of the registered trademark. They also have a trademark over the color scheme, general set up and the entire collection of words on the packaging. Both plaintiff and defendant are in the business of manufacturing and selling biscuits. According to the Plaintiff they have been selling the product on an extensive scale for a number of years and have therefore acquired goodwill among people.

The trial court examined the two wrappers side by side and came to the conclusion that there were more dissimilarities than similarities between the two and therefore, held there was no infringement on part of the Defendant. The High court upheld the decision of the trial court but gave its own reasons. According to the High court the general get up of the two wrappers were the same but that was all. It also held that a person particularly buying “Parle G” biscuits would know the description and therefore there is no infringement on part of the Defendant.

However, the Supreme Court took a different viewpoint from both the lower courts and held that “…in order to come to the conclusion whether one mark is deceptively similar to another, the broad and essential features of the two are to be considered. They should not be placed side by side to find out if there are any differences in the design and if so, whether they are of such character as to prevent one design from being mistaken for the other.” The Supreme Court thus held that the Defendant’s goods were in fact deceptively similar to that of the Plaintiff’s and granted the injunction in favor of the Plaintiff restraining the Defendant from using the mark similar to that of the Plaintiff.

SHAPE OF PRODUCT HAVING ACQUIRED DISTINCTIVENESS

In relation to the shape of the product, the Bombay High Court in the case of Gorbatschow Wodka Kg v. John Distillers Limited[6], had an interesting question before it. Do shapes matter in the law relating to intellectual property law?

The Plaintiff, in this case, was a distillery owner for many years and has been in the business of production and sale of vodka. The bottle of vodka in which the Plaintiff sold it became distinctive over the years and acquired goodwill. The Defendant claimed to be manufacturing vodka under the trademark "Salute". The Plaintiff claimed that the shape of the bottle of the Defendant was deceptively similar to that of the plaintiff’s bottle and therefore they were passing off their product to be that of the Plaintiff’s.

As mentioned above the Trademarks Act, 1999 does not specifically deal with trade dress but it has broadened the definition of “Trade Marks” in order to fit within its realm the meaning of trade dress. Thus, Indian law now is at par with other international laws in relation to trade dress. Therefore, the Act broadened the definition of Trademark to include the shape of the goods, the combination of colors, product packaging etc. It may be observed from the above-mentioned case laws that a trade mark is not what it meant a couple of years ago but has grown to include trade dress within it. The suit for passing off need not just be for a mark or logo but a party can be aggrieved due to similar packaging or color combinations. All this is addressed under trade dress law and a suit for passing off may be filed.