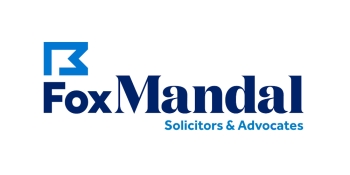 The phenomenon of urbanisation, accompanied by the aspirations of the masses looking to make an ascend out of and above their life circumstances, dawns with transformation of landscapes. The harbours of the coast often become a passageway to opportunities. Settling the chaos of the opportunities in the city of Mumbai post the Second World War led to unique tenancy model in the city which sheltered its migrant population that would not otherwise be able to afford a shelter to call its own and ever since, rent control laws continue to bear the blame for much of an unlocked value of premises in the city despite the initial righteous intention of tenancy reforms.

The Maharashtra Rent Control Act, 1999 stands as a successor of the Bombay Rents, Hotel and Lodging House Rates Control Act, 1947, which was enacted as a social welfare, as well as regulative legislation with a bonafide intention of protecting tenants from exploitation by and tyranny of landowners and from spurt in rentals. The aforesaid situation did not change much with the enactment of the Maharashtra Rent Control Act, 1999 as the provisions of this substituted legislation was nothing but old wine in a new bottle. It carried forward the pros and cons of the erstwhile Bombay Rents, Hotel and Lodging House Rates Control Act, 1947 without rationale and as a result, rented premises in Mumbai city continue to fetch lower rental returns than prevalent market value or become a subject matter of long-lasting litigation/s. This situation has adversely impacted the rental market in the city of Mumbai and people are caught between the adverse demand and low yielding supply of the premises to be meant for rentals.

Against this background, yet another tenancy reform, the Model Tenancy Act, 2021 as approved by the Union Cabinet in the first week of June 2021 (“the Model Act”) is now being viewed as a great catalyst towards boosting the rental market as it may stimulate the market by promising secured higher rental returns to the landowners (which includes premises’ owner) and as an affirmative driving force addressing most of the concerns of its predecessors.

While the disputes arising out of decades old tenancies continue to keep their memories alive in the Small Causes Courts and further in the appellate courts, the prevailing scepticism that premises owners have lately clung to as a result of the pandemic over letting out their premises, shows the unreliability of the current rent control laws and eviction proceedings under the Maharashtra Rent Control Act, 1999. However, the enactment of the Model Act too depends on the adaptation of the provisions by the States to suit their indigenous tenancy models.

The State of Maharashtra has already cleared its stand in favour of protecting the interest of the tenants enjoying protection under the prevailing rent control regime.[i] Further, the prospective applicability of the Model Act is an important consideration while assessing the extent of the change to be expected out of the Model Act. Hence, it is required that the thrust of the reforms be maximised where it can be currently realised from the very stage of entering into a rental agreement, while the process of working out the reforms into the indigenous tenancy models continue to be unravelled by the State government.

One of the reforms that is hoped for is an overhauled dispute resolution process for rent and tenancy related matters. The Model Act seeks to nail the long lasting tenancy litigation by proposing a three-tier adjudicatory system being the Rent Authorities, Rent Courts and Rent Tribunals vested with exclusive jurisdiction to try and adjudicate disputes falling under the scope of the Model Act which do not extend to “question of ownership or title”.[ii] The essential condition to be met to seek relief through the Rent Authorities or the Rent Courts and Rent Tribunals is to have a rental agreement which is duly identified with a unique identification number by the Rent Authority set-up for a district under the Model Act.[iii]

An overview of the role to be played by the authorities/courts to be constituted under the Model Act is as tabulated below: 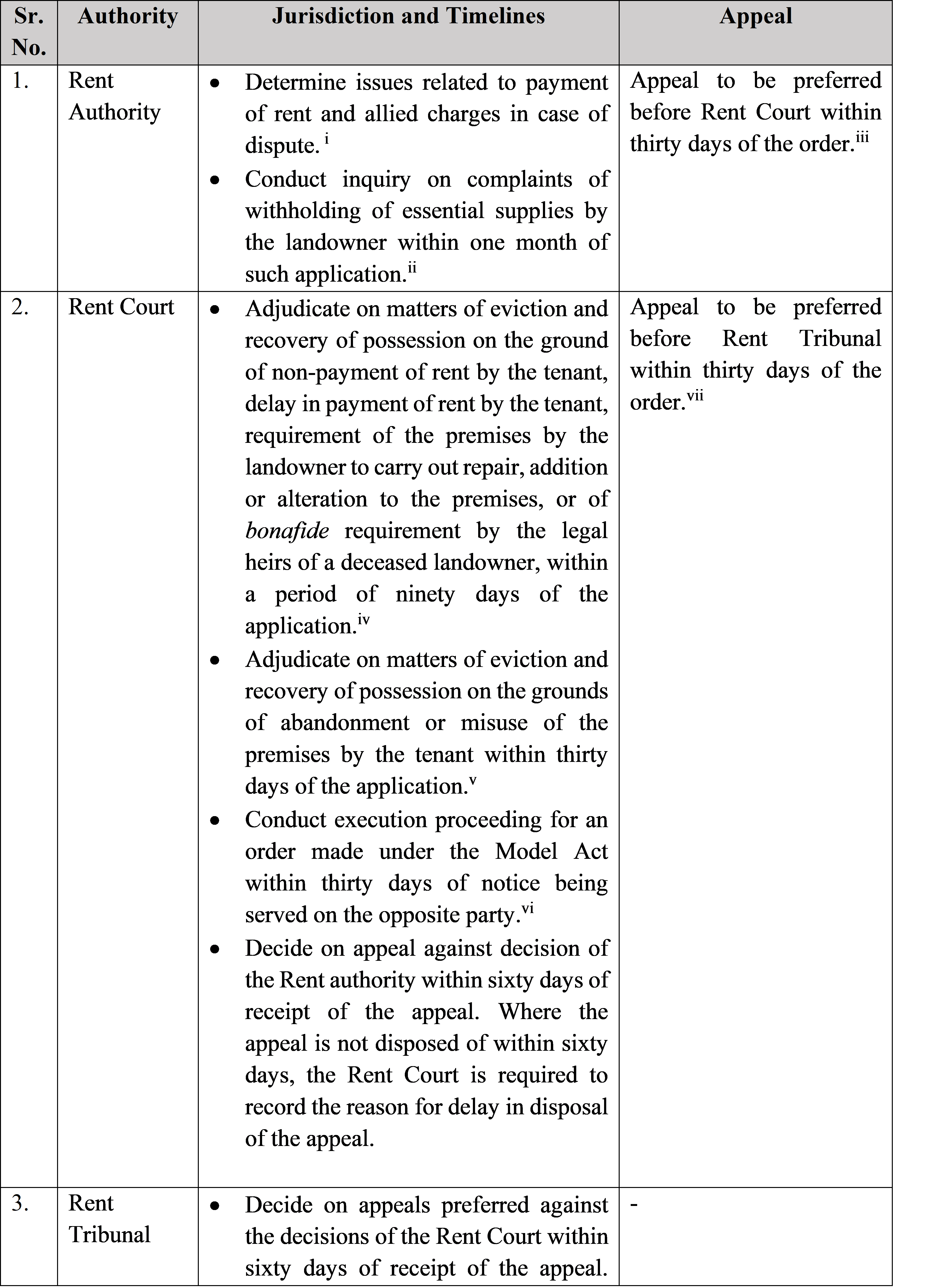 Matters related to eviction of tenants are to be adjudicated upon by the Rent Courts, which may try and dispose the matter based on the terms and conditions stipulated in the agreement entered between the disputing parties or on the basis of an application/documents made/placed before it.

Eviction of a tenant may be sought on the following grounds under the Model Act:

The Model Act once again comes in as a tenancy reform with noble intent at a time when restoring the value of constructed properties that are vacant as a fallout of the current circumstances is vital for the recovery of the real estate market. While the applicability of the Model Act to the premises that have been trapped under old rental agreements and arrangements is subject to its enactment by the State, the assurance, that continues to gleam through is the balance that can be brought about by having a watertight rental agreement as per the Model Act. The Model Act accords primacy to the rental agreement executed between the landowner and tenant and strives to ensure its absolute enforcement.

Execution of new rental agreements pertaining to residential and commercial premises as per the provisions of the Model Act, as may be notified by the State government, will be the first step for landowners who seek better returns on their premises along with a more balanced set of landowner-tenant obligations. The challenge here remains to convince existing tenants to agree to the shift.

Taking a lesson from the quandary arising out of the existing rent control legislation, it is important that the implementation of the Model Act should be directed towards giving full effect to the balanced set of rights and obligations of tenants and landowners as currently envisaged therein. The pitfall to be avoided is the misuse of the autonomy given to the landowners and tenants while putting the provisions of the Model Act, that place reliance on the rental agreement to steer the course of the tenancy, into practice. It is only when the fine balance of responsibilities created under the Model Act are replicated in rental agreements, that the potential positive socio-economic impact of the Model Act will be of aid to the collective advancement towards the goal of ‘Housing for All’.