Blockchain Evidence in Internet Courts in China: The Fast Track for Evidence Collection for Online Disputes 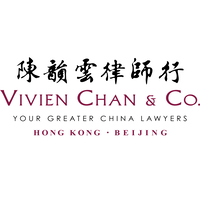 The Internet Courts in Hangzhou, Beijing and Guangzhou is a further step forward in the modernization of Chinese courts. These Internet Courts specialize in disputes in online sale of goods, intellectual property rights ownership and online infringement, etc. Since then, the evidence collection process had also to evolve to keep pace with the modernizing legal system. Blockchain technology has been applied in Chinese Internet Courts for tamper-free evidence generation and storage, the process of which is also faster and more cost-effective.

The Internet Courts have now each established its own platform for blockchain evidence. Through their collaboration with other third-party evidence preservation platforms, blockchain has now been constantly utilized and proven to be greatly reliable in online disputes. This article explores how blockchain evidence are being used in litigation in China, especially in intellectual property infringement cases.

I. CUTTING-EDGE ADVANTAGE OF BLOCKCHAIN TECHNOLOGY

Blockchain is a decentralized and open distributed ledger technology. Electronic data (e.g. in a transaction on a e-shopping platform, the transaction time, purchase amount, currency and participants, etc.) will be uploaded to a network of computers in “blocks”. Since the data saved in a blockchain is stored in a network of computers in a specific form and is publicly available for anyone to view, the data is irreversible and difficult to be manipulated.

Anyone who has handled an online infringement case knows the race against time in preserving evidence. However, screenshots saved in PDF formats are easy to be tampered with and are of scant probative value before the Chinese courts, unless notarized. Making an appointment with, and appearing before a notary is another time-consuming and expensive process.

With blockchain, these procedures can be simplified and improved in the following ways:-

1. E-evidence can be saved as blockchain online instantaneously without a notary public;

2. Cost for generating blockchain evidence is lower than traditional notarization;

3. Admissibility of blockchain evidence has been confirmed by statute and many courts in China because of the tamper-free nature of blockchain technology;

4. Possible combination of online monitoring and evidence collection process: with blockchain technology and collaboration with different prominent online platforms (e.g. Weixin), it is possible to automate online monitoring of your intellectual property—blockchain evidence is saved automatically when potential infringing contents are found.

Blockchain evidence was first accepted by the Chinese court in June 2018 in the case of Hangzhou Huatai Media Culture Media Co., Ltd. v. Shenzhen Daotong Technology Development Co., Ltd. The Hangzhou Internet Court held that blockchain technology, based on its characteristics of distributed storage, tamper-proof mechanism and traceability, enjoys advantages in the fixation, preservation and extraction of e-evidence.

In September of the same year, the Supreme People’s Court of China promulgated the Provisions of the SPC on Several Issues Concerning the Trial of Cases by Internet Courts, confirming that Internet Courts can rely on evidence that are authenticated by electronic signatures, time stamps, hash value verification, blockchain and other tamper-proof verification methods. The Provisions have been applied in the landmark case of Beijing Weibo Shijie Technology Co., Ltd. v Baidu Online Network Technology (Beijing) Co., Ltd., in which the Beijing Internet Court accepted e-evidence preserved by third party blockchain service providers from the two popular short video streaming platforms.

City Express newspaper licensed the Plaintiff for publication of an article regarding a swimming pool incident. First Female Fashion Network, a website owned by the Defendant, published the article without obtaining a license. The Plaintiff was authorized by the newspaper to enforce online infringements and filed the lawsuit at the Hangzhou Internet Court.

In order to prove its claim, the Plaintiff presented screenshots of the infringing website's article. The screenshot’s authenticity was demonstrated through a third-party evidence preservation platform, who certified that the electronic data was not tampered with by storing the electronic data in blockchain. The court first examined and confirmed that the Plaintiff and the third-party provider are unaffiliated on a corporate or shareholder level. The Court also checked and confirmed the integrity of the online platform’s methodology and the evidence saved and submitted to court through the said platform. The Plaintiff prevailed in this case based on the above blockchain evidence.

The Plaintiff found that the Defendant had used the Plaintiff’s copyrighted photograph (titled “Happy Youngsters Playing with Mobile Phones and Computer”) in an article published on its WeChat public account, ChinaGrowthCapital, without authorization.

To prove the infringement, the Plaintiff engaged assistance from a third-party evidence preservation platform. The platform saved the Defendant’s publication of the WeChat post consisting of the plaintiff’s photograph by blockchain and issued electronic data forensics certificates to confirm that the electronic data on the webpage showing the photograph in question is complete and has not been tampered with. The court compared the hash value of the blockchain evidence submitted by the Plaintiff to that saved by the Balance Chain System of the Beijing Internet Court (simultaneously to when the former was generated) and confirmed that both values are consistent, concluding that the blockchain evidence is authentic and has not been tampered with. This was a key piece of evidence to the case which led to the court’s favourable ruling for the Plaintiff.

Owing to the blockchain technology, e-evidence which used to require notarization will acquire the same admissibility by just a few clicks on the evidence preservation platform. Blockchain evidence has been accepted by many courts besides in Internet Court, including Beijing Dongcheng People's Court, Intermediate People's Court of Hangzhou Municipality, Yuhang District People's Court of Hangzhou, Intermediate People's Court of Changzhou and more. Following this trend, we have already seen cases of use of blockchain evidence used in trademark invalidation cases before the Chinese National Intellectual Property Administration office and the Beijing Intellectual Property Court and we expect such use to increase in the near future.

In the past, Chinese judges preferred notarized e-evidence which is subject to many physical constraints. These constraints are counterproductive to the digitalization of our commercial activities which are meant to make life easier. With increasing acceptance and prevalence of blockchain evidence in different levels of Chinese courts, evidence collection of online materials is now cheaper and easier than ever.