What next for cryptocurrencies? Current development of Virtual Asset regulations in the Republic of Korea 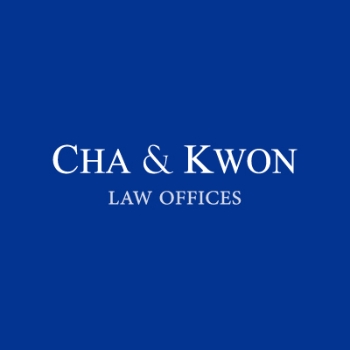 The government of Republic of Korea (“Korea”) has been reluctant to officially regulate Virtual Assets (also known as cryptocurrencies) until recently. However, since the recommendation by FATF (Financial Action Task Force) regarding Virtual Assets was published in June, 2019 (https://www.fatf-gafi.org/publications/fatfrecommendations/documents/guidance-rba-virtual-assets.html), the Korean government also drafted new regulations to embrace Virtual Assets. It should be noted that only anti-money laundering (“AML”) regulations were amended in Korea, as the purpose of FATF recommendations are also limited to AML issues. The new regulations were announced in 2020 and will come to effect on March 25, 2021.

The main government body regulating finance related issues in Korea is Financial Services Commission(“FSC”). FSC also overseas issues related to AML. Since 2017, FSC made several announces with regards to Virtual Assets, but had a firm position that Virtual Assets are neither currencies nor securities. However, FSC also stated that any unlawful activities regarding Virtual Assets shall be deemed illegal and be regulated by relevant government bodies. The definition of unlawful activities related to Virtual Assets was not clear cut. For example, FSC banned any type of Initial Coin Offerings (ICO), while legal ground for such restriction was not provided.

After the recommendation by FATF, FSC announced that it will amend the “ACT ON REPORTING AND USING SPECIFIED FINANCIAL TRANSACTION INFORMATION”(the “Act”), the main regulation on AML in Korea. The amended Act imposes duties for 1) Virtual Asset Services Providers (“VASP”) and 2) Financial institutions having business with VASPs.

For VASPs, the most notable regulation is the obligation to register. Every VASP should register to Korea Financial Intelligence Unit (KOFIU) prior to providing services. In order to register, VASPs is required to obtain real name certified bank account, should the business of the VASP involves transaction between currency (fiat money) and Virtual Assets. Also, VASP must obtain Information Security Management System (ISMS) certification prior to the registration. VASPs also has to follow general AML duties such as Know Your Customer and Enhanced Due Diligence for certain transactions.

For financial institutions such as local banks, they will need to confirm the legality of VASPs and will be required to close any business with VASPs should it have high risks on AML issues.

While ISMS certification for VASP registration will require a lot of cost and time, obtaining real name certified bank account is expected to be extremely difficult under current circumstances. Local banks are in charge of providing real name certified bank account, and they are reluctant to provide such services unless it is certain that a VASP is completely clear of legal issues.

It is important to note that FSC intends to limit the application of the Act only to VASPs. As such, companies related to Virtual Assets needs to assess first whether they will fall under the definition of VASP per Act. The Act defines VASPs as “any entity providing business on sales and purchase, exchange, transfer, storage and manage, brokage and arrangement of Virtual Assets”. For example, FSC announced that tokens used for Decentralized Identity is not Virtual Asset.

While it is not stated in the Act, FSC included in its announcement regarding the amended Act that it will keep on restricting ICOs in Korea. However, the legal ground for ICO ban is still not clear, and thus any companies seeking for release of new token in Korea should have a thorough legal review on such activity.

Virtual Assets has now for the first time been embraced by regulation in Korea, but it does not mean that it is recognized as an official business or product. It is still not regarded as securities, which gives uncertainty to services providers such as cryptocurrency funds as well as companies considering ICOs. Nonetheless, this new Act, which will come to effect in March, shall be the first step for businesses seeking for Virtual Asset related activities in Korea to have a certain clarity while doing business.