Blog / Cutting the cord: the rise of Netflix and other OTT streaming services 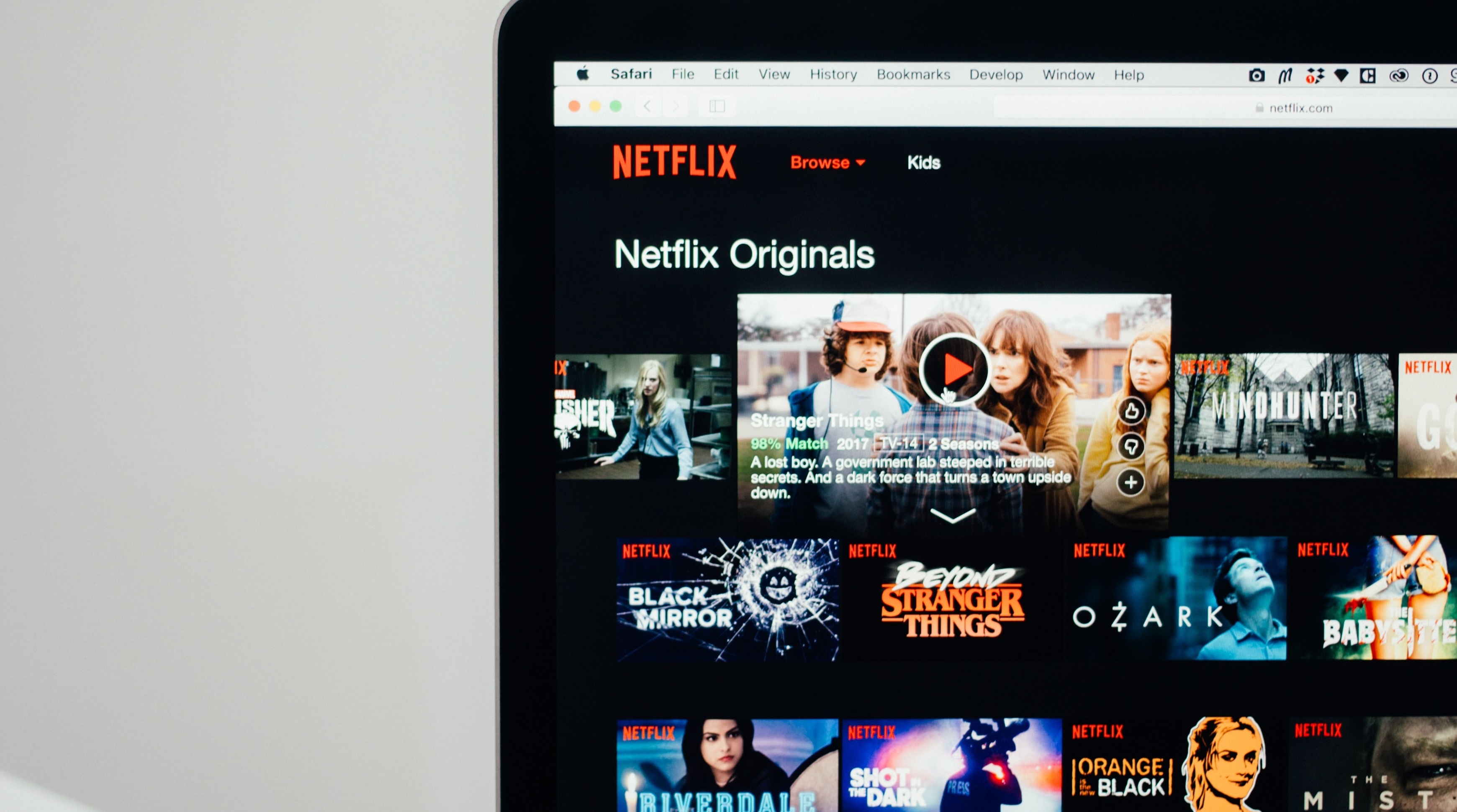 Over the past few years, the media and entertainment industry has witnessed a seismic shift in the way its products are consumed. The rise of over-the-top (OTT) subscription-based services has challenged traditional powerhouses such as film studios and record labels. This blog explores these trends in the TMT sector with help from some of Lexology’s contributing firms, offering key insights and advice on what the future has in store for the industry.

The best place to start is with Netflix. With over 137 million paid subscribers, this one-time DVD rental company is now forging a seemingly irreversible path towards OTT content distribution. According to a recent EY survey, households are more willing to pay a premium to stream advert-free catch-up TV. This is especially true of the younger generation, with 42% of 18 to 24 year olds happy to pay a premium for new streaming services.

The year 2018 alone saw Netflix invest $12 billion into its own original content. This unprecedented level of investment has made it difficult for traditional competitors to keep up; however, this could be about to change. Baker McKenzie predicts that conventional business models are under increased pressure to change based on the high volumes of deal activity in the media industry.

One reason for such a high level of deal activity and the wave of consolidation could be a bid by the industry leaders to grab the huge amount of Big Data harnessed by these companies. According to Margrethe Vestag, the European Commissioner for Competition, “data is key in the digital economy”. For example, World Trademark Review notes that Netflix successfully uses its Big Data to give personalised recommendations depending on the user’s viewing history. Therefore, Vestag goes on to say that the European Commission

“must carefully review transactions which lead to the acquisition of important sets of data, including potentially commercially sensitive ones, to ensure they do not restrict competition"

With Big Data comes big deals. Hogan Lovells states that major mergers such as AT&T-Time Warner and Disney-Fox highlight the consolidation underway for legacy media incumbents. Technology companies and media giants are increasingly at odds as the lines continue to blur between the two industries.

The Disney-Fox merger will see the unveiling of Netflix and Amazon's newest competitor: Disney+. Bird & Bird believes that Disney+ will result in a significant change in Disney’s business model as it begins to cancel its licensing agreements with Netflix. This will see it forfeit around $300 million a year in licensing fees as it switches focus to its own digital streaming service. As part of the deal, Disney will absorb the Fox film and TV studios, Lucasfilm, the FX networks, National Geographic and Indian TV giant Star India in a huge boost to its content.

In the United Kingdom the recent commission of Britbox, a joint venture between BBC and ITV, is seeing the government perform a 180-degree turn on its values. In 2009 Competition Commission Chair Peter Freeman considered Project Kangaroo - a joint venture between ITV, BBC Worldwide and Channel 4 - “too much of a threat to competition in this developing market [which must] be stopped”. However, in a second article on the subject, Bird & Bird harks back to the situation a few years ago when BBC executives were often heard bemoaning the fact that even with a few tens of millions of registered users for the iPlayer service, it didn’t have enough data to garner useful insights. Now, in a complete turnaround, Ofcom is encouraging this joint venture in a bid to keep pace with the global market.

On 25 March 2019 Apple announced the launch of its own streaming service, Apple TV+. With Apple now offering TV, payment, news, gaming and music services all in one place, it has created a comprehensive media platform. It has also recruited an army of stars and influencers including Oprah Winfrey, JJ Abrams and, perhaps most surprisingly, Steven Spielberg – an outspoken critic of Netflix and its inclusion in the Oscars.

Once upon a time in Hollywood: Netflix versus the Oscars

It is worth noting that Steven Spielberg, a member of the academy’s board of governors, previously proposed rule changes that would exclude films debuting on streaming platforms from any future Oscar nominations. However, it was confirmed last week that Netflix, Amazon and other streaming services will be allowed to compete in the 2020 Academy Awards. In addition, Netflix has now become the newest member of the Motion Picture Association of America (MPAA), putting it on a level playing field with Disney, Paramount, Sony, Fox, Universal and Warner Bros. Although Cozen O’ Connor believes that this shows how Netflix is making inroads into the motion picture industry, it could also be a play by the MPAA to recoup membership losses in light of the recent Disney-Fox merger. It will be interesting to see which other OTT services join the MPAA down the line.

Clearly it will take time for Netflix to win over all sides of the film industry as it seeks to defend traditional cinema – as encapsulated by Dame Helen Mirren's outburst at last month’s CinemaCon event in Las Vegas, when she declared “I love Netflix, but f*** Netflix”. Such public outcries are telling and hint at the industry’s mood towards Netflix's increased presence in the film industry. This further highlights concerns about alternative models of funding, distributing and watching films that challenge the previous norms. Kelley Drye & Warren LLP mentions that since Netflix is a new and aggressive format, it could easily be labelled as a nascent, disruptive and maverick competitive force. Cozen O'Connor continues by indicating that the exclusion of new competitors could violate antitrust laws –more specifically, Section 1 of the Sherman Act. The DoJ would potentially pursue charges against the academy if it follows through on changing its eligibility requirements. Following this recent ruling, Faruki PLL believes the industry might start to look more like Netflix, whether the studios like it or not. However, Netflix has an obvious advantage over its traditional counterparts. Faruki goes on to say that while traditional companies have to separate distribution and exhibition, Netflix can bypass cinemas by both producing films and operating its streaming service. RPC highlights the recent success of Roma, which won three Oscars at the 2019 Academy Awards. Netflix played by the rules and released Roma in cinemas before streaming it – albeit for only three weeks and in only 100 cinemas globally, ignoring the industry standard 90-day window for which films are typically available in cinemas.

The sound of music: digital transformation in the music industry

Over in the music industry, a similar revolution is taking place. Late 2018 saw President Trump sign the Music Modernisation Act, which Morgan Lewis & Bockius LLP believes is set to bring the US music licensing scheme for digital services into the modern age. Manatt Phelps & Phillips welcomes this and boldly claims that barriers to entry for new artists have disappeared, making more music than ever available to consume. As a result, digital-first record labels such as Cinq Music and United Masters have been established and could take the music industry by storm, in much the same way Netflix, Amazon and other OTT streaming services have done in the TV and film industry.

However, at the top of the food chain lies a battle for music supremacy. Last month, the Wall Street Journal reported that Apple Music had for the first time in its history overtaken Spotify’s 26 million paid subscribers by 2 million in the United States. This battle intensified when Apple announced that Spotify and other digital services must pay a 30% tax on purchases made through Apple's payment system – forcing Apple's competitors to inflate its subscription costs for customers. Earlier this year, 2020 US presidential candidate While this may appear on the surface to level the playing field, Slaughter & May warns that such draconian measures not only ignore the extreme complexity in separating integrated services that are clearly working together to meet consumer demand, but also risk stifling innovation in this sector altogether.

With all signs indicating that the music, film and television industries will continue to grow rapidly in 2019, it will be interesting to see how the TMT sector will handle the new normal. One thing is for certain: with substantial deal activity presenting plenty of opportunities for all participants, legal teams worldwide must prepare for the next big change.

To stay up to date with the latest legal updates, check out our Media & Entertainment hub here.