In the pipeline: interview with Simon Fletcher

We reported earlier this year on the financial close of the Interchange cable project linking Vanuatu to Fiji, an exciting development for the…
Article

There have been a number of changes to the legislation in various countries in the South Pacific over the last 12 months including new Trade Marks Acts in Vanuatu and Samoa.
Article

DLA Piper is a global law firm with lawyers located in more than 40 countries throughout the Americas, Europe, the Middle East, Africa and Asia…

Change is happening faster than ever, and to stay ahead, you need to anticipate what’s next. Legal challenges come from all directions. We understand… 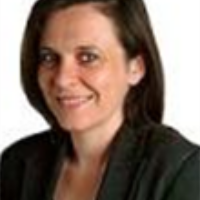 Spruson & Ferguson is a leading provider of intellectual property (IP) services across the Asia-Pacific region, with more than 400 staff working from…
Previous page 1 2 Next page