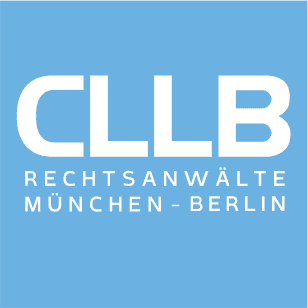 It is unlikely that bitcoin will be used as a currency for payments in the near future. Therefore, the current cost of each transaction is too high. However, bitcoin could be used as a form of security storage, comparable to gold or other high-value metals, as it is the best proof of the cryptocurrency concept. Bitcoin has never been hacked, has existed longer than any other cryptocurrency and is the best example of blockchain technology.

Bitcoin has made such a significant profit for some investors that it is likely to continue to be seen as a kind of investment product for high-level risk investors. It is also the most common currency for buying altcoins (eg, Ethereum and Ripple). People who are interested in crypto-technology and how cryptocurrencies work will always have some contact with bitcoin because it is the best known cryptocurrency worldwide.

The Federal Financial Supervisory Authority (BaFiN) is very active in discussions about the regulation of cryptocurrencies, initial coin offerings (ICOs), security token offerings (STOs) and token generation events (TGEs), among others. Currently, Germany uses the existing legal system designed for stocks and other securities to regulate all legal issues connected with cryptocurrency, meaning that the legal framework does not exactly fit the needs of crypto, ICO and STO businesses. However, the government and BaFiN are working together with the European Union to find an EU-wide solution to all the legal questions that are appearing. Significant discussions are underway across Europe at the moment, regarding how financing with cryptocurrencies should be regulated and whether existing law can handle new challenges. Liechtenstein, for example, has passed the first blockchain law, and Germany and other European countries are likely to follow. The market for ICOs, STOs and TGEs made billions of dollars in the past two years. This new kind of crowdfunding is a reality which should not be ignored by the legal system.

Different EU member state authorities have thus far taken different approaches to the regulation of virtual currencies. Is this due to the different legal frameworks of the member states or (mainly) by institutional practices of the respective authorities?

There are currently no similar legal systems or jurisdictions regarding virtual currency in the European Union. EU member states handle crypto-cases very differently, which can be confusing for international investors. It is likely that a new and balanced legal system regarding cryptocurrency will soon be implemented in the European Union, because the governments of all EU member states are discussing this new technology, its success rate and the serious risks that it entails. Most financial institutions are waiting for the European Union to resolve legal insecurity surrounding crypto-investments. If this is done in time, huge investments in the crypto-world will be seen, with Europe at risk of being left behind as it presently has no leading role in virtual currency. Only Liechtenstein, Malta and Switzerland have any significant influence in the development of cryptocurrency in Europe, but it is likely that the rest of Europe will follow soon.

How likely is it that the regulation of virtual currencies will be harmonized at EU level? Could a consistent regulatory approach be reached through institutional guidelines for the competent authorities in the member states?

Harmonised EU regulation of cryptocurrencies is likely in the next few years if the blockchain industry continues to develop as strongly as it has in the past two years. Significant discussion between EU member states is underway in an attempt to solve legal and regulation issues concerning crypto and virtual currencies, as well as the investment opportunities which are expected to follow. If the legal framework for virtual currency is harmonised in the European Union, the European Union will likely become a big player in crypto-finance.

How are transactions using virtual currencies as the medium of exchange taxed in your jurisdiction?

If virtual currencies were to become a mainstream payment system, how might this affect the ability to control inflation in your jurisdiction?

If cryptocurrencies such as bitcoin, which are limited in production, are used for mainstream payments, it is not possible for just anyone to create more bitcoin when it is needed – this may offer a technical solution against inflation.

Fraud cases involving cryptocurrencies have stirred up considerable fear in Germany. Because cryptocurrency payments can be made anonymously, there is an assumption that this kind of payment is the reserve of criminals. Hacked or stolen crypto-wallets and the hacking of crypto-exchanges also cause anxiety for potential users, but these technical and psychological barriers are likely to be crossed soon.On the other hand, there are many scams involving ICOs, STOs, and TGEs. This is a very dangerous development for the whole crypto-world and it is important that lawyers, state attorneys, prosecutors, investors and regulatory offices work together to hold scammers liable for the damages that they cause or prevent them altogether. In Germany, and elsewhere across Europe, the first claims against the people responsible for multi-million euro crypto-scams are underway. If these claims are successful, it will strengthen trust in the legal system, which is important for the new investment instruments.