Setting up a Competitor Franchise in Canada March 2019 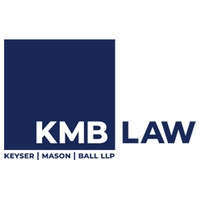 A competitor franchisee which unfairly competes with a franchisor or utilizes proprietary or insider information of the franchisor to compete with the franchisor is objectively disallowed under the respective franchise legislations across Canada. Thus, non-competition clauses are typically structured with a general and broad scope so as to prevent current or former franchisees to abuse loopholes in franchise agreements. These are standard in almost all franchise agreements in Canada, and are very difficult, if not impossible, to completely negotiate out of.

However, as there is a recognized disparity of power that exists in franchise agreements, which are, for the most part, franchisor-friendly, Canadian courts have had a tendency to apply the same stringent inquiry that non-competition clauses in employment contracts face in a court of law. Although a great deal of case law in Canada around the enforceability of non-competition clauses does not involve franchise law, general common law principles of contract continue to apply. One such principle that current or former franchisees can rely on is that contracts that unfairly restrict trade will be treated as unenforceable unless the franchisor can prove that the restriction is reasonable. Also, the Supreme Court of Canada has laid out the reasonableness test that is applied when examining non-competition clauses which focuses mainly on whether or not there is a protectable interest (i.e. proprietary and insider information), identifying any temporal and special features (i.e. length, geography and subject matter), and whether the non-competition clause is unenforceable against competition generally.

Setting up a "Tim Mortons" or a "Tim Hottens" coffee shop would be objectively unreasonable, however setting up a John Doe coffee shop or Jane Doe coffee shop would not as long as no proprietary or insider information of the franchisor is utilized by the current or former franchisee. More reasonable still would be the operation of a lunch bar or breakfast café that also serves coffee. Common practices in the industry of coffee and coffee shops would likely not be considered a proprietary interest that Tim Hortons could arguably protect. A non-competition clause inside the franchise agreement cannot be used to prevent organic competition in the coffee industry from blooming.

Similarly, an entrepreneur trying to set up a brand new coffee chain could not use a proprietary recipe, ingredients, logos or brand items, and if such an attempt were made, most "big coffees" will rigorously defend their brand, trademarks and proprietary information, and the violator would almost certainly be issued at the very minimum, a notice to cease and desist, followed by a suit for damages or an injunction in an attempt to quickly limit the misuse.

In a capitalist economy, it can be argued that competition is generally encouraged as it allows consumers access to a variety of goods and services from all parts of the world; however, current and former franchisees should consult with competent legal counsel before setting up competitor franchise businesses.