The exposure drafts were developed following consultations in relation to the Options Paper – Proposed Reforms to the Native Title Act 1993 (Cth), released on 29 November 2017.

The proposed reforms were drawn from a number of reviews, including:

The proposed amendments cover a broad range of topics throughout the NTA, including: the role and powers of the native title applicant; validation of potentially invalid section 31 agreements; application of body corporate ILUAs to areas where native title is extinguished; disregarding of extinguishment in national parks and reserves; application of the future acts regime over areas where extinguishment of native title may be disregarded; and minor changes to the objections procedure under section 24MD(6B).

The deadline for submissions on the exposure drafts is 10 December 2018.

Following is a summary of the key amendments proposed. 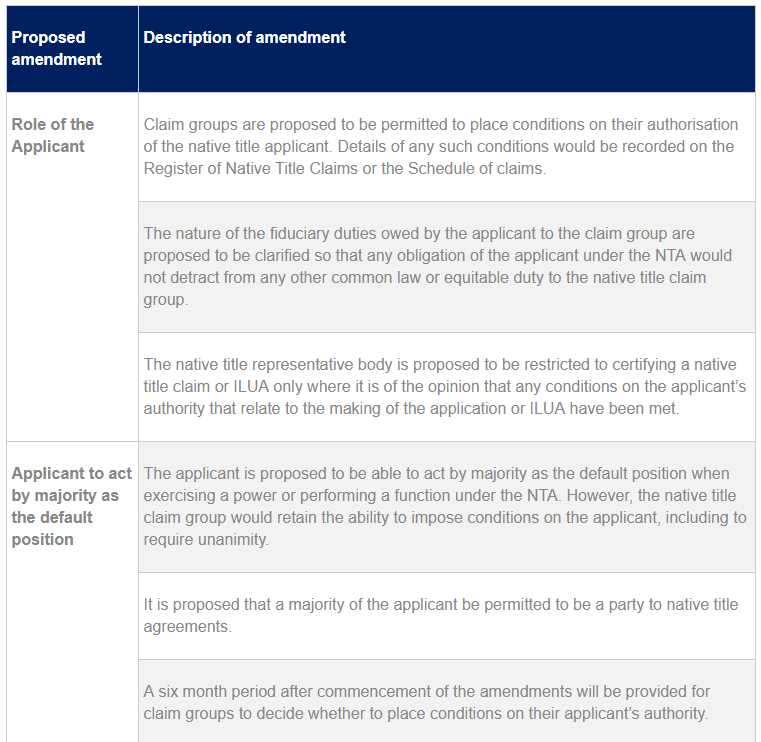 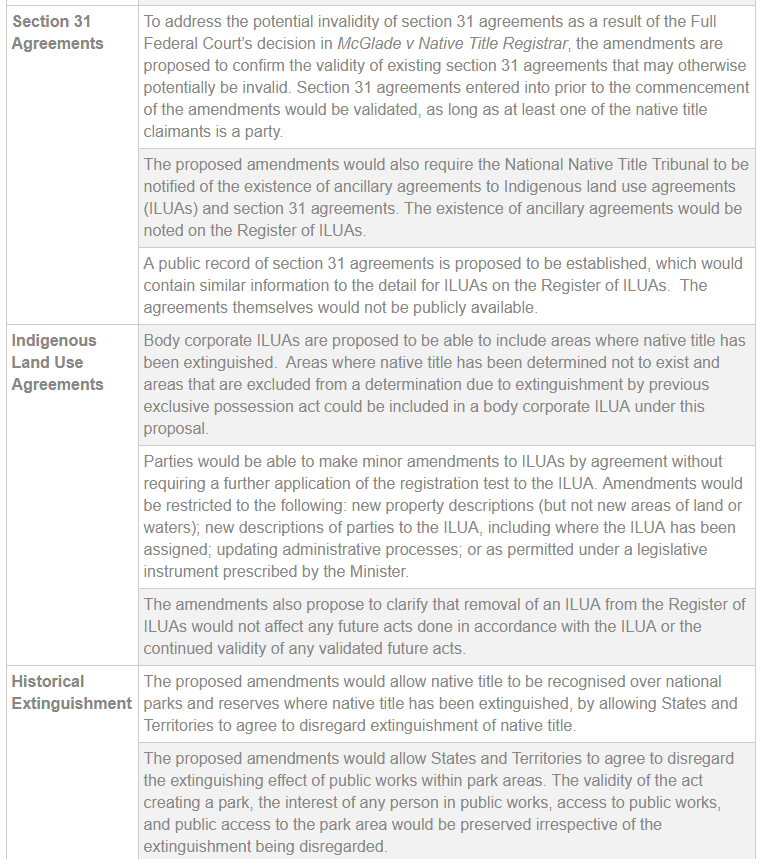 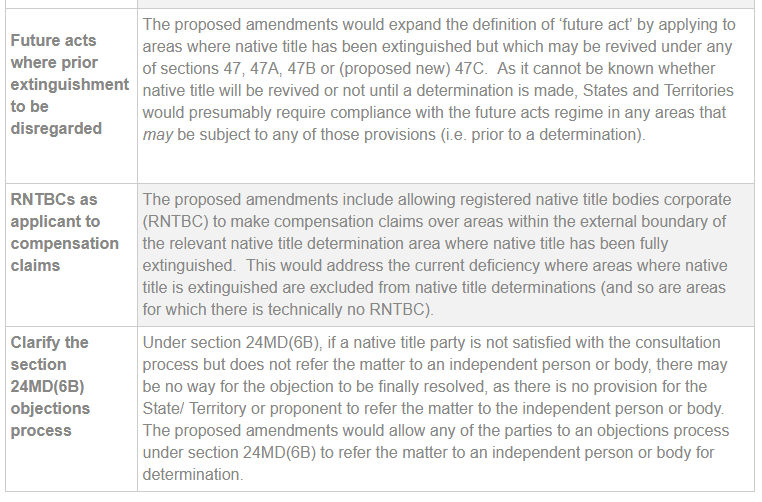