On March 12, 2018, we issued an alert analyzing the United States Supreme Court’s decision in Texas v. New Mexico, 138 S.Ct. 954 (2018), allowing the United States to intervene in an interstate water compact dispute between Texas and New Mexico. On May 22, 2018, New Mexico filed counterclaims against both Texas and the United States. [1] Along with several other high-profile water law cases that have either recently been decided or are scheduled for hearings or oral argument, [2] New Mexico’s move last week highlights the growing tension over the allocation of an increasingly scarce resource.

In 2013, Texas filed an original jurisdiction action with the Supreme Court alleging that New Mexico is violating the Rio Grande Compact of 1938 (“Compact”) by illegally diverting water from the Elephant Butte Reservoir, in part because 2500 new groundwater wells in New Mexico are impacting the amount of water available to flow across the border into Texas. The United States moved to intervene arguing that New Mexico is violating the Compact by allowing diversion of surface water and pumping of groundwater that is hydrologically connected to the Rio Grande and that these diversions interfere with the United States’ contractual obligations to deliver water to its customers, including to the country of Mexico under the 1906 Convention Between the United States and Mexico. New Mexico filed a motion to dismiss and challenged the United States’ intervention, but the Court allowed the United States to intervene and referred the case back to the special master for further proceedings.

In its recent filing, New Mexico asserted nine counterclaims. [3] Essentially, New Mexico asserts that Texas has allowed unauthorized depletions that have increased over time, diminishing the waters allocated to New Mexico under the Compact, and that the United States has improperly implemented changes to the Rio Grande Project—an irrigation, hydroelectricity, flood control, and interbasin water transfer project operated by the United States Bureau of Reclamation—that have affected the apportionment of waters between the two states. New Mexico’s arguments throughout this dispute assert that the Compact does not address groundwater use, which is regulated by state law, and therefore the Compact cannot be used to interfere with New Mexico’s groundwater users.

New Mexico Attorney General Hector Balderas has said that the case is about protecting New Mexico’s farmers, ranchers, and small businesses. He announced that New Mexico’s “legal strategy will hold Texas and the federal government accountable for the significant amount of precious water being misappropriated that rightfully belongs to New Mexico’s working families and small businesses, and for the federal government not using proper accounting and failing to ensure reasonable water delivery improvements.” [4] New Mexico also filed answers to the claims filed by Texas and the United States in the case.

The outcome of this case will likely significantly affect agricultural, municipal, and industrial water users throughout Texas and New Mexico, particularly if the Court finds that the Compact does indeed control the use of groundwater based on its hydrogeological connection to surface water. Such a ruling also could impact states rights more broadly in situations where interstate water compacts exist, as is the case in many regions of the United States. 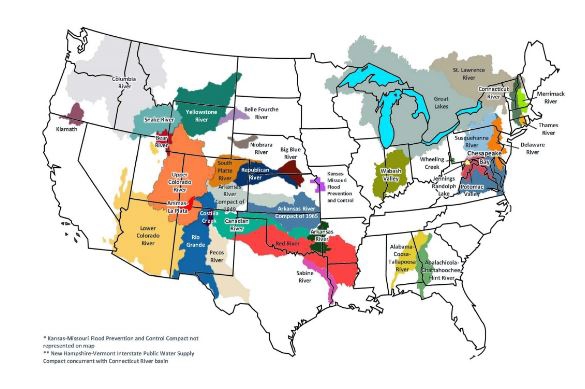