Following a period of pandemic-enforced turbulence, private equity deals have rebounded strongly, with disputes likely to grow as a result

The private equity (PE) scene in Asia-Pacific is thriving again after pandemic-fuelled turbulence. We consider the implications of recent developments for disputes in this sector, including: private equity trends in the region; the nature of PE disputes we have seen; and the key features of arbitration that make it suitable for resolving PE disputes.

Where is arbitration in APAC region?

Arbitration is on the rise in APAC across a range of sectors, including private equity. Data published by the major arbitral institutions reveals that parties consistently prefer to resolve disputes by arbitration:

What kind of disputes does PE generate?

While no two PE disputes are alike, there are common categories: 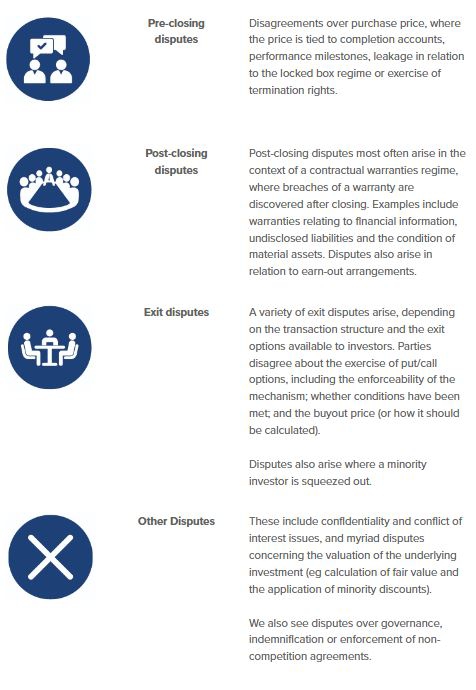 Why arbitration for PE disputes?

Arbitration has a few key features which give it an edge on other forms of dispute resolution for PE cases. 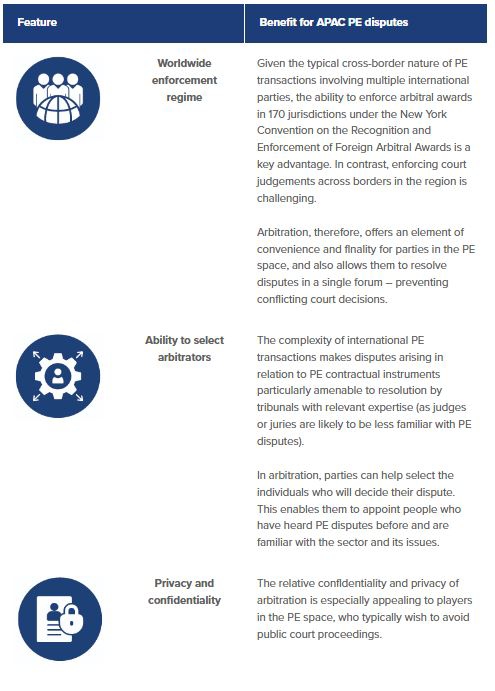 Although there are perceived limitations or pitfalls to arbitration, these can be mitigated with various tailored solutions, as outlined below:

The fundamentals of the PE industry look strong despite the emergence of new risks in 2022. As the volume of deals remains robust, we anticipate a commensurate growth in PE disputes. Statistics indicate most of these disputes will go to arbitration.

In particular, we expect the trend of growth in offshore investment to continue. In recent times, large funds based in the US, Europe and Asia have shown increased interest in assets across APAC, including in Australia. Australia remains a relatively stable and attractive investment market compared to more unsettled markets in Europe and elsewhere. The cross-border component of these offshore investments suggests arbitration of PE disputes will continue to thrive in the region.