In brief: energy contract performance and liability in Mexico 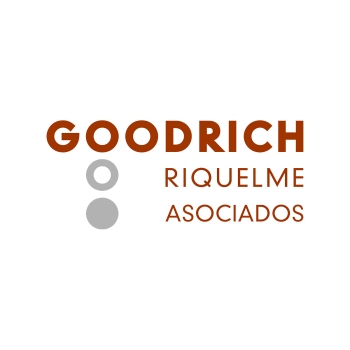 Describe any industry-standard form contracts used in the energy sector in your jurisdiction.

Mexican law provides for no specific forms of contracts, therefore – and considering the recent reform – Mexican industry has adopted the models provided by international organisations such as the Association of International Petroleum Negotiators. These have been broadly accepted and used by government agencies and private participants when modelling their own contracts.

All exploration and production activities in Mexico are regulated by the CNH and awarded through bidding rounds. For such purposes, the CNH has produced model contracts with little to no room for negotiation.

What rules govern contractual interpretation in (non-consumer) contracts in general? Do these rules apply to energy contracts?

Mexican legislators have acknowledged the rules of objective interpretation of contracts. Pursuant to the Federal Civil Code, a contract should be interpreted in its literal sense – if its terms are clear. Articles 1851 to 1857 further detail the rules of interpretation based on objective criteria of strict interpretation of its wording and the usage of the country. In addition, article 1858 provides for the principle of subjective will of the parties, whenever the terms of the contract are unclear.

These same rules of interpretation apply to energy contracts subject to Mexican law.

Mexican contractual liability is standardised by the civil codes, and concepts such as breach of contract, negligence, misrepresentation, default, damage or loss or profit are common standards widely applied in Mexican contracts including those of the energy sector. However, Mexican contracts for the energy sector are heavily influenced by international practice. Therefore, standard forms (the Association of International Petroleum Negotiators, among others) have brought to the newly reformed Mexican sector new terms and references that have been accepted as industry standards.

It is common to find terminology such as ‘industry practices’, ‘best efforts’, ‘international practice’ to measure the expected conduct of a certain party to an energy contract. Certain terms such as ‘reasonable and prudent operator’, ‘owner prudence’, ‘wilful misconduct’, ‘gross negligence’ are frequently used and have gained acceptance in the sector.

Are concepts of force majeure, commercial impracticability or frustration, or other concepts that would excuse performance during periods of commodity price or supply volatility, recognised in your jurisdiction?

Force majeure and fortuitous events are concepts recognised by Mexican law that are commonly included in energy contracts. According to the Mexican Supreme Court of Justice, both concepts preclude the obligee from fulfilling his or her obligations without any direct or indirect liability.

Also, some contracts have adopted the principles of commercial impracticability. However, if this concept is not based on objective parameters (such as objective damage or losses) or the party claiming it is unable to prove its case, then chances are that Mexican courts will not accept such a principle as a valid excuse of performance.

What are the rules on claims of nuisance to obstruct energy development? May operators be subject to nuisance and negligence claims from third parties?

Currently, almost 20 power plants have filed an amparo against the CEL amendment of October 2019, requesting the Judicial Branch nullify it, based on the argument that the oversupply of CELs will negatively affect their investments in Mexico.

If the nuisance is caused by a private entity (an operator or a contractor, for example), civil law provides for actions against the nuisance conduct, claiming damages and losses (profit loss).

The recent reform provides for compensation to landowners, social and environmental impact assessments and other pre-operational duties aimed at avoiding or diminishing adverse effects on third parties. However, if third parties’ rights are definitely affected, then operators, contractors or authorities can – as a general rule – be held liable.

How may parties limit remedies by agreement?

The Mexican legal system allows the parties to agree to limitations of remedies, except for statutory rights that the law strictly prohibits from being waived.

Among other things, although Mexican law does not provide for the concept of liquidated damages, the parties can agree to contractual penalties by assigning specific value to specific damages, whose penalties can be limited in time (exercise) or amount (penalty value).

Is strict liability applicable for damage resulting from any activities in the energy sector?

Yes. Strict liability is recognised in the Civil Code, determining that any person who uses mechanisms, instruments, apparatus or substances that are dangerous per se, by the speed at which they work, explosive nature or other similar reasons, shall be held liable for any damage caused. There is no need to prove fault, negligence or intention.

With this in mind, and as that the oil and gas industry is considered a risky sector, the National Agency for Industrial Safety and Environmental Protection for the Hydrocarbons Sector incorporates an article for information purposes in all the general administrative provisions that regulate an activity that involves risk, that any person who carries out hydrocarbon activities shall be held responsible for any damage or loss caused to third parties or to the environment as a consequence of his or her actions.