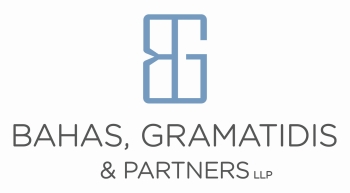 The funding of political parties and politicians is governed by Law No. 4,304/2014. The possible ways of financing a political party or a politician provided by law are state funding, financing by individuals through bank account deposits, bank loans, donations and party membership dues. This Law introduced the right of private entities to fund the country’s political landscape, while a more recent statute abolishes funding through the purchase of coupons to support the political party.

The Members’ Code of Conduct obliges the members of Parliament to inform the president of the Parliament when taking up their duties or at any time during their term of office, about any change of their property status. The possible change should concern their own economic activity or the economic activity of their spouses and their relatives up to the first degree, and this change should be appropriate to cause a conflict of interest in the performance of their duties. An additional obligation to provide information and special justification exists in cases of accepting gifts and benefits of any kind worth more than €200.

Law No. 4,304/2014 regulates the contributions to political parties and political officials in general. All proceeds are traded through one to three bank accounts for political parties and through one account for political officials. These accounts are held in credit institutions in Greece, and all funds received must indicate the source in order to achieve transparency. When it comes to parties’ funding by individuals, it is stipulated that the donated sum must not exceed €20,000 from the same person per year, and this amount should not exceed €5,000 per year when it comes to funding candidates. Political financing is further restricted by the law, which indicates categories of persons who are prohibited from financing the country’s political factors. These categories are:

The funding of political parties and politicians includes both funding to meet the party’s operational needs and support for the campaigns. As mentioned in question 19, the funding comes from the state, private individuals, private entities, bank loans, etc. Any type of financing, whether through a bank account or by buying a party coupon, must indicate the name of the financier. The Audit Committee was established to check the financial statements of the parties and the candidates. This is a special body in accordance with article 29(2) of the Constitution. The Committee is also responsible for checking compliance with the obligations laid down in Law No. 4,304/2014.

Parallel political campaigning independent of a candidate or party is not regulated. Individuals or groups not directly related to or controlled by the candidate or political party may operate a parallel media advertising or grass-roots campaign to support or oppose a candidate. There are no limitations on the coordination of this activity by the candidate’s own political staff or party. The coordination of messaging via unpaid social media is not subject to different or less regulation.