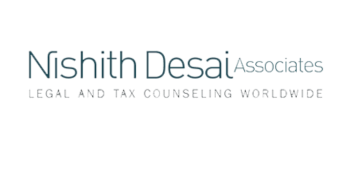 Vigilantibus non dormientibus jura subveniunt i.e. the laws aid the vigilant and not those who slumber. This is one of the principal underlying the Limitation Act, 1963 (“Limitation Act”) which prescribes a maximum period within which a person is required to bring forth his claim. Very often in contractual disputes, parties have rival claims against each other, which usually culminates in a party making counter claim in reply to the claim of the other. In such situations, it becomes critical to ensure that due care is taken such that merely because certain claims are raised, at a subsequent stage of reply, as a counter-claim, they are not simply dismissed due to expiry of the limitation period. The recent judgment of the Supreme Court of India (“Supreme Court”) in Voltas Limited v. Rolta India Limited1, is an example, where a claim of a party in arbitration, to the extent of INR 2500 million approximately, was dismissed on the ground of being filed after the expiry of the limitation period.

Voltas Ltd. (“Voltas”) and Rolta India Ltd. (“Rolta”) entered into a civil construction contract for construction and modification of certain buildings. Subsequently, as certain disputes arose between the parties, on December 3, 2004, Rolta terminated the contract. Thereafter, numerous letters were exchanged by the parties.

On March 29, 2006, Voltas invoked the arbitration clause. Rolta by a letter dated April 17, 2006 denied any amount being payable by them and called upon Voltas to pay Rolta INR 680 million approximately(initial counter claim), for the losses suffered by Rolta. Voltas subsequently filed an application under section 11 of the Arbitration and Conciliation Act, 1996 (“Act”), before the High Court of Bombay (“High Court”), for appointment of the arbitrator (“Section 11 Application”). On November 19, 2010, the High Court appointed a sole arbitrator.

Voltas objected to the counter claim contending that the limitation period for filling the claim had expired. The arbitrator accepted the objection of Voltas and dismissed the counter claim.

Rolta challenged the award of the arbitrator before the High Court. The single judge of the High Court ruled in favour of Voltas and upheld the award. Subsequently, in further appeal before the two - judge bench of the High Court, the earlier decision and the award was set-aside and it was held that the counter-claim was within the limitation period. Aggrieved by the decision of the division bench, Voltas appealed before the Supreme Court.

The Supreme Court relied on its earlier judgment in State of Goa v. Praveen Enterprises2 (“Praveen Enterprises”) wherein section 43 and 21 of the Act and section 3 of the Limitation Act is discussed. Section 43 of the Act provides that the Limitation Act shall apply to arbitrations as it applies to the proceedings in a court. Further, section 3 of the Limitation Act, provides that a suit is instituted when the plaint is presented to the proper officer. Section 3 further provides that a counter claim shall be treated as a separate suit and is deemed to be instituted on the date on which the counter claim is made in court. Lastly, section 21 provides that arbitral proceedings are deemed to commence on the date on which the request for the dispute to be referred to arbitration is received by the opposite party. Upon a reading of the aforesaid sections the court had held that:

Based on the above, the Supreme Court held that an exception had been carved out to the normal rule that the date of filing of the counter-claim in an arbitration proceeding would be the date of its institution for the purposes of computation of limitation.

The Supreme Court then construed the notice dated April 17, 2006 as a notice which falls within the exception provided under the Praveen Enterprises case as (i) a claim had been made thereunder and (ii) that Rolta had sought to invoke arbitration in relation to the claim.

The Supreme Court, however only allowed the claim up to the amount provided under the letter dated April 17, 2006 and not the substantially higher claim which was made under the statement of counter-claim filed in the arbitration. The reasoning of the Supreme Court to hold so was on two accounts:

The Supreme Court has held that by virtue of section 43 of the Act read with section 21 of the Act and section 3 of the Limitation Act, the date on which the counterclaim is filed in an arbitration is the date which determines whether such claims are time barred or not. The only exception to this rule is where the party making the counter claim has previously served a notice seeking arbitration in relation to the counter claims. Under the latter scenario, the earlier date of such notice determines the operation of the limitation period.

Though the judgment brings clarity on the issue of computation of limitation period in a counter claim in arbitration proceedings, there are a few aspects which remain open.

The Section 11 Application i.e. the application for appointment of an arbitrator, filed by Voltas, was pending before the High Court for almost a period of 4 years, which to a certain extent may be attributed as a cause for delay in filling of the counter claim. The High Court allowed the entire counter claim inter alia on the ground that the period during which the Section 11 Application was heard and decided by the High Court, should be excluded for the purposes of determination of the limitation period. The Supreme Court in its judgment appears to have not dealt with this particular aspect.

A definite take away from the judgment would be exercise of excessive caution to ensure that the counter-claim and an intention to arbitrate upon that claim are shown within the limitation period. Parties to arbitration should not presume that merely because the arbitration has commenced that a particular counter claim would be within the limitation period. Such claim ought to be specifically raised before the expiry of the limitation period by way of a separate notice, reply to the application under section 11 of the Act or otherwise. Thus, the case emphasizes on the importance of the strategy and contentions to be adopted while responding to a notice of arbitration and making a counter claim.