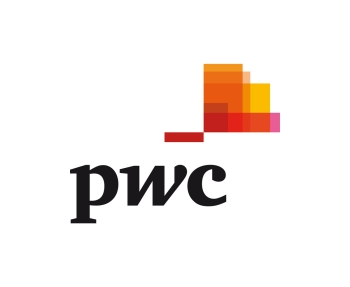 There is very little regulation of lobbying in German law. The few existing provisions on lobbying have been set forth by the parliament and, as a means of voluntary self-regulation, by several lobby associations. However, the codes of conduct set forth by the latter contain only general principles rather than detailed rules. The sole power to set forth binding regulations on lobbying remains with the parliament, which, so far and subject to a few exceptions, has refrained from doing so.

German law does not provide any definition of the term lobbying. However, in political and legal context, lobbying is usually described as the planned representation of interests of an association, organisation or enterprise by making and keeping contact with representatives of political or administrative institutions, such as the parliament, government and ministries, in order to gain or exercise influence on decisions made by these institutions.

There is no compulsory lobby register. In 1972, the legislature introduced a voluntary registration of lobby associations and their representatives, however this register covers neither self-employed lobbyists nor entities governed by public law. Being registered is a necessary condition - but not a guarantee - for a lobbyist to be admitted to the premises and to sessions of the parliament. A maximum of two access passes are provided to each lobbying association, which are issued to representatives and are non-transferable (ie, only the specified representatives may use them).

There is no obligation to register communication. As to the disclosure of communication, a distinction must be made between legislative and executive officials.

Members of the parliament are not obliged to disclose their communications with lobbyists, and there is no such obligation for lobbyists.

Executive officials, as far as they are members of the government, can be subjected to enquiries based on the parliamentary right to question, usually initiated by opposition members or groups of parliament. The outcome of such enquiries varies greatly depending on the circumstances of a specific case, but it is a potentially suitable instrument for gaining a variety of information, including on lobbying.

Furthermore, all executive officials are subject to the obligation to disclose information under the Freedom of Information Act or corresponding state regulations, granting every citizen and organisation the right to request specific information from administrations at all three levels. Depending on the individual case, such a request can result in substantial information on lobbying, unless certain exceptions apply. Where authorities refuse to provide information, requestors can take legal action before the competent administrative court - an option that is proving to be increasingly successful. However, the requested information will not be disclosed to the public but only to the requestor, leaving it to his or her sole discretion whether to publish it.

Disclosure obligations apply to executive authorities, such as ministries. There is no such obligation for individuals or private associations.

There is no obligation to register any information related to lobbying. An individual or an association may request such information based on the Freedom of Information Act, but owing to several exemptions, the prospects of success are usually quite poor. Enquiries to the government are likely to be more successful, however, owing to the parliamentary right to question. Depending on the individual case, a line of enquiry may lead to substantial information on lobbying activities.

There is no obligation to submit reports on lobbying activities. The voluntary record of lobby associations kept by the President of the parliament used to be published annually in the Federal Gazette. Since 2012, the register is kept and published solely online where it is updated on a more frequent basis. The data registered includes an association’s name and office location, telephone and fax number, email and internet address, members of the executive board and management, fields of interest, number of members and affiliated organisations, names of representatives, and address of branch offices at the parliament or Federal Council.

There is no binding lobbying register in Germany, but only a voluntary register kept by the President of the parliament. It is solely publicly funded, and there are no registration fees collected from the associations.

The voluntary register kept by the President of the parliament (the Public List of Associations registered with the parliament) is published on the internet in searchable PDF format, but without advanced database research features.

There is no binding code of conduct that applies to lobbyists and their professional activity. Some associations, such as the German Society for Policy Consulting, have established codes of conduct, committing their members to certain values such as truthfulness, discretion, non-discrimination and respect. However, all of these codes provide for general principles rather than detailed rules, none of which are legally binding.

In either case, broadcasters can request to be reimbursed at cost. Political, ideological and religious advertising in print media is generally permitted, but the media is not obliged to publish such content. According to German press law, advertisements must be clearly recognisable as such or have to be explicitly labelled ‘advertisement’. As a consequence, all political advertisements in print and broadcast media are clearly designated as advertisements in order to avoid ambiguity between the party’s electoral message and journalistic content.