The strength of registered word marks is confirmed in a rare case to involve a Maltese EU Trade Mark Application which has been valiantly fought for at all stages of the EUIPO proceedings. The case concerns a European Union trade mark (EUTM) application seeking to register: 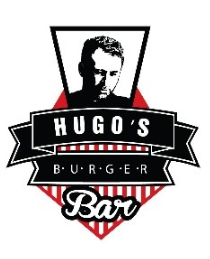 for goods found in classes 29 and 30 filed way back in 2015 by Hugo’s Hotel Ltd and subsequently opposed by Mr Ugo Crocamo, proprietor of the EUTM wordmark “H’ugo’s” which in the meantime had been transferred to the original proprietor’s successor in title H’ugo’s GmbH.

The opposition was upheld by the Opposition Division of the EUIPO on the grounds of Article 8(1)(b) of the EUTM Regulation which provides for a relative ground of opposition in situations where, due to identity or similarity with an earlier trademark and the identity or similarity of the goods or services, a likelihood of confusion on the part of the public may subsist. The opposing wordmark was indeed registered in identical classes and featured a variety of identical and similar goods. The relevant public was found to be average and therefore both this test and the test for goods and services were satisfied, resulting in a situation where a comparison of the signs themselves was carried out. A global assessment was performed, and this resulted in a finding of an aural and conceptual similarity of a sufficiently high degree to prevent registration of the Hugo’s Burger Bar sign.

This decision was appealed however the Boards of Appeal within the EUIPO dismissed the appeal and upheld the decision of the Opposition Division. Notwithstanding this fact another avenue was available to the applicant who took the case up to the General Court which essentially determined that the dominant element in the applicant’s mark was indeed the term HUGO’s which when directly compared to the earlier wordmark “H’ugo’s” displayed a visually average similarity and phonetically a high degree of similarity. Despite the applicant’s arguments that a figurative mark should be appreciated and considered globally the court nonetheless confirmed that the word element in the contested mark plays a dominant and distinctive role supplementing its decision with reference to similar case law in relation to the food industry specifically T 84/14 and T 97/14.

It is relevant to point out that the fact that the trade mark application was rejected as an EUTM does not mean that Hugo’s Burger Bar brand is an unprotected sign and can instead choose to rely on alternate forms of registration to protect its figurative constituent parts as well as the protection afforded to unregistered signs under Maltese Law.