Q&A: employment and transfer of professional athletes in United Kingdom 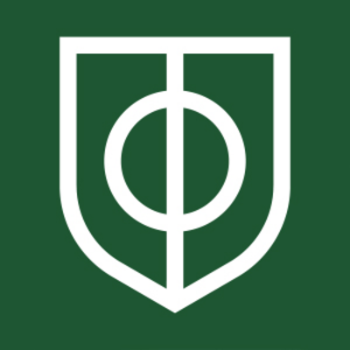 UK law is underpinned by the principle that individuals are free to ply their trade as they choose. In sport, transfer systems broadly arise through the rules of National Governing Bodies. For example, many sports operate a ‘registration’ system where players are required to be registered with their clubs to be eligible to participate in competitive matches and are thus only eligible to play for another club following a transfer of their registration. This leads to organisations acquiring the right to transfer the registration of a player from another club (usually for a transfer fee) to then enter into a contract of employment with the relevant individual.

Any transfer system imposed by an National Governing Body must still comply with UK employment laws and EU laws on freedom of movement. In the case of the latter, any restriction on an individual’s basic free movement rights is only permissible where justified by a proportionate and legitimate aim. By way of justification it is often cited that registration regulations help ensure competitive balance, preventing players from leaving a team at any time, which could destabilise an organisation and the relevant league. While various transfer-related cases have considered the compatibility of transfer systems with the principles of free movement in the past, occasionally leading to rule changes within individual sports, uncertainty remains as to whether such restrictions would in fact be deemed to be compatible with UK and EU law if challenged.

There is no statutory mechanism for professional athletes to formally buy their way out of their employment contracts in the United Kingdom and the writer is not aware of any attempt (or desire) by any of the major sports National Governing Bodies in the United Kingdom to provide such a right within the regulatory framework of their sport.

However, subject to the regulations of their particular National Governing Body, individuals and organisations remain free to include bespoke termination rights within a contract of employment, whereby an agreement may be terminated on payment of a contractually agreed sum, either by the contracted individual or by another entity on his or her behalf.

Employers are further required to protect their employees from bullying, abuse, discrimination, victimisation and harassment. Organisations can be liable for the acts of its employees including those in supervisory positions (eg, coaches or managers) and for any failure to address negative actions by an employee’s colleagues. Sports organisations should be aware that these duties are uniform across industries and the fact that certain behaviours may be common within sport (eg, aggressive management styles) will not lower the expected duty of care and prevent a claim being raised by an employee against their employer.

Concerns over athlete well-being led to the Department of Culture, Media and Sport commissioning a Duty of Care in Sport Review, which was published in 2017. The report recommended additional changes to protect athletes, particularly those not formally employed by organisations that are unable to rely on the implied rights thereunder. Recommendations included the appointment of a Sports Ombudsman to hold sporting organisations to account.

Children in the United Kingdom can only work full-time upon reaching the age of 16 and having completed their final school year, and part-time from the age of 13. Children under 13 may only be employed in performance roles requiring a performance licence (including paid sporting activities). Restrictions also apply to the hours children can work relative to their age.

Throughout sport, organisations have recognised the value of securing future talent at a young age and are devoting ever-increasing resources to managing academies and talent scouting to help secure the potential stars of the future. National Governing Bodies have recognised the pitfalls of money being thrown at young athletes, many of whom will never make it to the upper levels of professional sport. Many National Governing Bodies have, therefore, sought to implement transfer restrictions to protect minors and ensure that organisations cater for their wider needs, such as their education. In football, for example, the FA, Premier League and English Football League have implemented various rules to police the movement of minors, including preventing players from signing professional contracts until 17, restricting when youth players can move between clubs domestically and preventing intermediaries from receiving monies in connection with youth player registrations and transactions.

The government has largely taken a non-interventionist approach to child protection within a sporting context. Nonetheless, organisations cannot ignore child safety concerns. Organisations managing the training and development of young athletes will owe a duty of care to such individuals, which is generally recognised to be a higher duty than for adults. Further, organisations need to consider their employees carefully, for whose actions they can be liable. The Safeguarding of Vulnerable Groups Act 2006 also requires that any individuals who are involved in a regulated activity (capturing both professional and voluntary sports coaching) and are subsequently removed because they may have caused, or may cause, harm to a child, are referred to the Disclosure and Barring Service (DBS). It is an offence to employ anyone who has been barred by the DBS. Many sports also operate their own child protection rules, placing stringent criteria on sports clubs and actively monitoring the implementation of child protection policies, requirements for parental permission and even a right to ban participants who are considered to be a potential risk to child safety. Many organisations also work alongside the NSPCC’s Child Protection Sport Unit (CPSU), which operates in partnership with Sport England, Sport Northern Ireland and Sport Wales. The CPSU provides guidance to sports clubs on child protection and has developed its own safeguarding standards, with the aim of providing a national benchmark for good practice in sport.

Subject to complying with general UK employment law principles, National Governing Bodies are generally free to regulate the employment frameworks within their sport, which will usually include the relationship between club and country and the inevitable conflicts that arise within this.

Off-field activities, such as promotional work, can be a particular issue. Athletes can often be required to promote brands for their national teams who are competitors of their domestic club’s or even personal partners or sponsors. Further, disciplinary matters can bring club and country into conflict, in particular, as to where jurisdiction lies for dealing with any infractions.

Beyond a sport’s basic rulebook, many National Governing Bodies will enter into a separate contractual relationship with their national players, covering their appearance fees, promotional activity and disciplinary processes. This relationship can provide the international team with additional control over the player and direct rights of action against them for any rule infractions. Certain sports may also operate a ‘central contract’ framework whereby the National Governing Body has the primary employment relationship with the athlete. The terms and operation of such structures are often heavily negotiated between player unions and National Governing Bodies through collective bargaining arrangements. These can also be supplemented by agreements between National Governing Bodies and the domestic leagues (and their member clubs), managing issues such as conflicts in player availability for competing fixtures and applicable compensation or extra funding in consideration of a league’s agreement to such arrangement.

Selection and eligibility for national teams will be determined by the rules of the National Governing Body for each sport (albeit that international federation rules may also supplement these). Such rules will provide for how any disputes are to be settled and identify the relevant appeals body for review of any selection decisions.

Most organisations will designate an independent arbitrator as a final appeals body, such as Sports Resolutions or the Court of Arbitration for Sport.