China's regulators have unveiled long-awaited rules for the country’s first publicly-listed infrastructure real estate investment trusts ("China REITs"). These rules, while still in draft form and subject to public consultation, provide an indicative regulatory framework for the establishment and operation of China REITs that is broadly consistent with international standards in several respects.

The draft rules are set out in the "Guidance on public offering of infrastructure securities investment fund (trial)"  《公开募集基础设施证券投资基金指引（试行）》("Draft Guidance") published by the China Securities Regulatory Commission (CSRC) on 30 April 2020, and are open to public consultation until 30 May 2020.

This client alert provides a snapshot of the key features of the proposed regime for China REITs based on the Draft Guidance, with comparisons against the corresponding regimes in Hong Kong and Singapore.

What will be the structure of a China REIT? 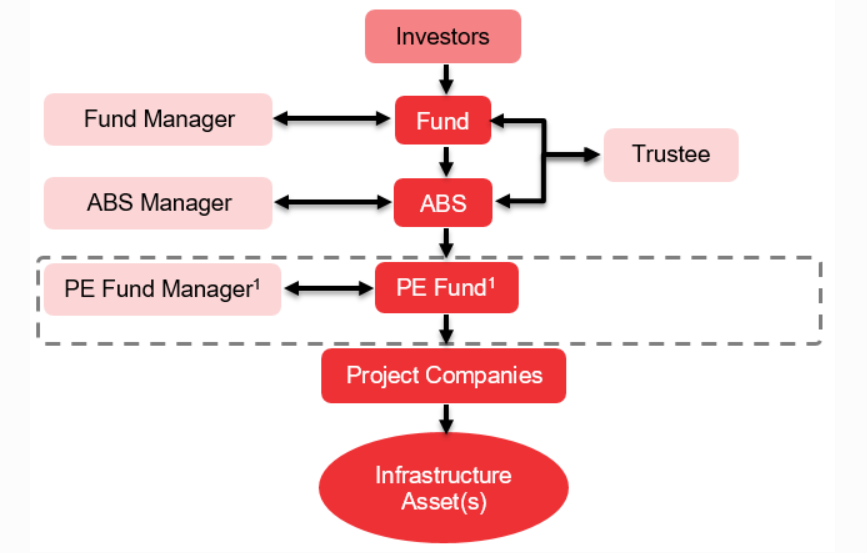 What kind of assets can China REITs invest in?

China REITs shall primarily hold income-generating infrastructure projects that have been in operation for at least three years. Examples given in the Draft Guidance include warehouses, toll roads, airports, ports, public utility facilities and industrial parks. Residential and commercial real estate are specifically excluded from the permitted list of investments. 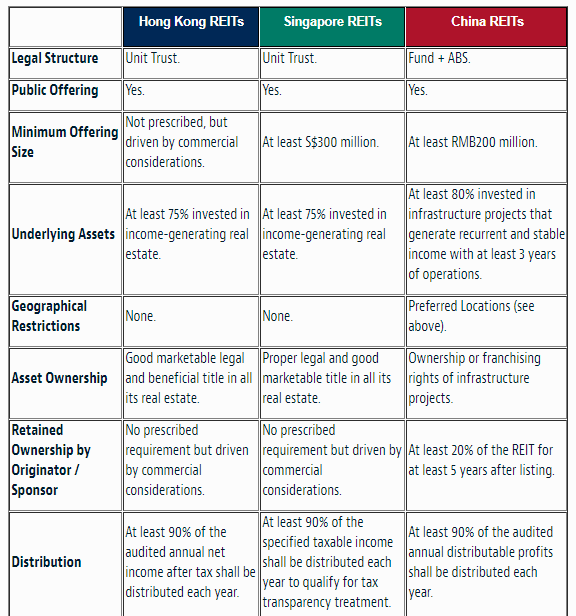 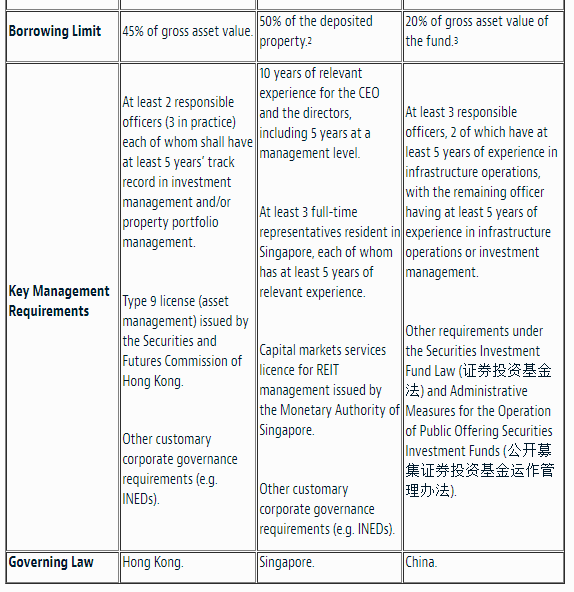