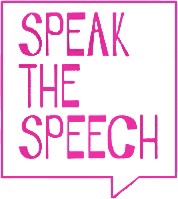 You’ve received lots of feedback recently on the way you communicate.  I’ve heard commentators belittle your public speaking style. They say that you lack warmth and sound mechanical. So, I’d like to offer my services (for a fee of course!).  Are you up for that? Great!  Let’s get started ...

I’d really like to focus on two main areas with you today – style and substance. You have some huge talks coming up soon both domestically and, more importantly, with our neighbours in Europe and there are a few things I think you could be doing to improve the way you’re perceived by the public and your fellow politicians.

Firstly, let’s start with your delivery style. There are plenty of positives; you have a beautifully clipped voice that means we hear literally every letter in every word.  In fact, I’m struggling to think of another political leader quite so precise as you when it comes to clarity of delivery.  Every consonant is hit and your pronunciation of words like “Brexit” or as you say, “Breggzit” is spot on.  Your parents obviously taught you well!

You also have a very measured delivery.  We have time to digest every word and there is rarely a sense of you being rushed or flustered.  You always seem in control of what you’re saying and this pacing and pausing helps you to be succinct and concise.  These qualities should have been what helped cement the “strong and stable” tag that you were after in the election.  That they didn’t is down to the content – which we’ll discuss later.

Like with so many things in life though, your strengths can also be your weaknesses. That sense of control and preciseness means that your words lack authenticity.  It’s almost as though you sound TOO prepared. There is nothing wrong with being prepared – in fact we recommend 1 hours prep for every minute you are going to speak– but I think the best speakers have what I call “a freedom within a framework”.  In other words, they know exactly the sort of things they are going to say, but at the same time manage to sound spontaneous.  Your delivery lacks that spontaneity.

Also, that clipped accent can make you sound cold and methodical.  You’re not a particularly warm speaker. I think that we saw during the election campaign how people found it hard to identify with you (“… nobody speaks like that … !!!”, I can imagine people saying).  It’s not that you have no variety in tone – you do.  For me, it’s more that it lacks a spark.  It lacks gears.  The best speakers take you on a journey when they speak. There will be high points and low points, peaks and troughs, they will use different vocal energy depending on the message they are trying to deliver. Listen to how well Obama does this; moments of quiet reflection where it sounds almost like he is talking to himself will be followed by moments of searing passion as he builds to a thrilling climax.  The tone changes, the volume is raised, the voice crackles with electricity.  You don’t have that – but great leaders should.

So, it’s that word “energy” that I want to work on with you.  You need more “professional” energy.  You have to sound like you mean what you say. But it’s more than that.

You have to have more passion.  You have to sound more real, less distant.  You need to be able to truly engage with people – not just at a head level but at a heart level as well.  Until you do this, I fear you will always be one dimensional as a speaker.

Changing your style will not be easy for you, because I believe – unusually for a politician and certainly for a leader – you are naturally an introverted person.  It might not sit well with you to go out of your comfort zone and you must certainly do it in a way that it is authentic otherwise people will see through you.  But I believe THAT is your challenge. You need to be able to connect with your people and they need to believe that you care.  I am sure you do care, but currently you are not coming across like you do.  This ability to emotionally connect with an audience is a vital leadership quality and is the main thing I’d like to work on.

I’d like to move on to the content now as it is no good having style if there is no substance to back it up!  Again, lots of positives. Your speeches are generally well structured and the message is simple and easy to follow (putting aside the politics of course!).  There seems to be a logical flow to them and the key points stand out.

Where you are less good is when a spanner is thrown in the works.  We saw this at one or two of those press conferences during the election.  If a question came along that you didn’t have an answer for, it really threw you.  An example of this was when you were asked about the U-turn on the so-called Dementia Tax. You lost your famous control and, because you’re normally so measured and precise, it really showed when you weren’t. So, again, this makes your talks come across as staged and over-rehearsed and was one of the reasons people started to mock your “strong and stable” tag.

How, then, can I help you manage those “curve balls”? There are three areas I would specifically work with you on, Right Brain Techniques, Listening Skills and Answering Questions.

The key here is to look for what I call “energy-friendly content.”  Currently your talks are littered with facts, statistics and statements but I’d like to see you use stories, case-studies, examples and analogies.  These are what cement information to an audience’s brains and makes talks real rather than theoretical – inspirational not dull. You won’t like me saying this Theresa, but Jeremy Corbyn does this very well.  He speaks about actual people and actual events rather than talking in the abstract.  The challenge for you will be to do this authentically because people now associate with you as being a rather dry, factual, cold person. This is something you have to overcome.

The best leaders give the impression that they genuinely care about others. They’re almost always fantastic listeners and will show empathy and understanding even if they don’t necessarily agree.  Justin Trudeau is brilliant at this in the “Town Hall’s” that he conducts.  He always lets his questioner finish and then he shows that he has listened by summarising the question and interpreting how that might be making the questioner feel. From the start of your time as Prime Minister you appear to have attached more importance to the people who voted to Leave than to those who voted to Remain.  This gives “Remainers” the impression that they are not being listened to.  You need to address everyone when you speak – not just the people who might agree with you, but also the ones who don’t!  Even if they can’t agree with what you’re saying, at least they will be able to acknowledge that you’re hearing what they’re saying. Indeed, your own ministers complain that you like to do things your way and only your way. You have to learn to listen, Theresa!

This is probably the most important area to work on, as people have cottoned on to what you do. You use an old device of taking part of a question, repeating it, and then giving an answer that doesn’t relate to the question at all! You will normally stick “let me be clear” in front as well – and then be anything but! So, for example, you might be asked a simple question like -

This makes us think that you are avoiding the question. I think your worst example was when you were asked about the dementia tax –

This came across as a lie.  There was nothing about a cap in the manifesto! So, what SHOULD you be saying to these questions?  How do you answer a closed question that demands a “Yes / No” answer when you know that your answer is not what people want to hear?  Well, there are three things that are key – honesty, empathy, and telling people what you DO know. Here are some examples for you, Theresa:

Question: “Should the 1% pay cap be lifted for public sector staff?”

Consider: “I would love to be able to lift the pay cap now.  The nurses and fire-men and women do an incredible job and as a government we recognise that and understand the pressure they go through etc. What I can tell you is that the issue of the pay cap is being very closely looked at by an independent body and we will listen to their advice and we will listen to representatives from public services and make our decision very quickly.  We want to reward fairly the incredible efforts of our public servants but at the same time we simply have to spend within our means and try and bring the deficit down.”

Note the more emotive language and the recognition of what people are going through.

Question: “Have you done a U-turn on the cap for dementia tax?”

Consider: “When we first published our manifesto we neglected to insert a section about caps.  This was an oversight.  What I have been doing over the past few days is listening to the concerns of pensioners on their doorsteps and I totally understand that this is a very real concern for them. That is why I have asked for a clause to be inserted in to our manifesto which will cap the amount people have to pay. I have done this because we are a flexible party which listens to the concerns of the people of this country and is strong enough to adapt when necessary.”

Question: “Is the £1 billion to the DUP not just a bribe?”

Consider: “No. But in order to form a government that has any chance of putting through its legislation we think it is vital to have a majority in parliament.  Whilst there are DUP policies that we don’t agree with, we share many beliefs and ideals such as etc”

Of course, even with these responses you’re never going to be able to please everyone but at least you’ll be able to say that you’ve been honest and have attempted to answer the question.

So, Theresa, I think we should start working on these things as soon as possible.  These tips will help add those vital leadership qualities of honesty, empathy, passion and conviction that are currently missing.  What do you reckon?

Oh, and I should mention I come cheap at half the price of a DUP deal!!!