What do UPS and TAPATIO hot sauce have in common? Based on recent California Court filings, both companies are serious about protecting their trademarks from infringement by entities in the cannabis space.

In 2019, both UPS and Tapatio filed federal and state trademark claims against entities for allegedly misappropriating their respective trademarks. These filings mark a trend of large brands aggressively monitoring cannabis-related brands in order to protect their marks from infringement. In addition, with the passage of the Farm Bill, CBD products are now on shelves of many major retailers. Thus, brands are on high alert for misappropriations of their marks in the cannabis/CBD space, and cannabis/CBD companies should tread carefully to avoid being sued.

UPS filed a complaint on February 13, 2019 against Brandon and Mayumi Kennedy, the operating members of United Pot Smokers, UPS420, and THCPlant, which act as online cannabis retailers. According to the complaint, the defendants willfully infringed and diluted UPS’s marks by using the websites www.UPSgreen.com and www.UPS420.com, to offer nationwide delivery services for cannabis products in connection with the following marks:

The Tales of Tapatio

In March 2019, Tapatio filed two complaints against brands that produce hot sauces infused with THC. The first complaint was filed against Hussain Alfarh and Smokers Paradise & More, Inc. and included claims for trademark infringement and trademark dilution by tarnishment (discussed further below).

Tapatio’s second complaint was filed against Mario Mendizabal and TCG Industries, based on their sale of a THC infused hot sauce under the mark TRAPATIO. The complaint included claims for trademark infringement, unfair competition, and dilution by tarnishment. According to the complaint, TCG previously agreed to stop using the TRAPATIO marks (shown below) back in 2017 as part of settlement agreement.

However, in January 2018, TCG’s counsel contacted Tapatio to see if they could use a revised version of the mark: TRAPSAUCE with a corresponding design mark (shown below). 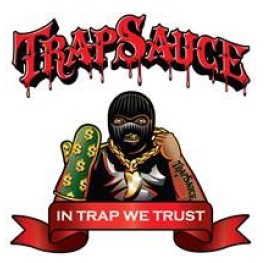 Tapatio objected and informed TCG’s counsel that the revised version of the mark was unacceptable. The complaint alleges that TCG did not heed the warning and began manufacturing, distributing, and selling bottles of THC-infused hot sauce using the revised mark anyway. Tapatio claims that TCP’s use tarnishes Tapatio’s marks because TCG’s hot sauce is infused with a federally illegal substance. The complaint also alleges willful infringement and seeks treble damages. 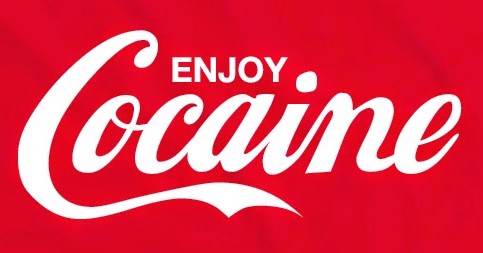 Thus, if a famous brand believes that a defendant is creating an association between the famous brand and a certain drug or drug use, it is likely that it will bring not only a claim for trademark infringement, but also a claim for dilution by tarnishment. Thus, cannabis brands should be careful to ensure that their marks are unique enough to avoid a claim of tarnishment from any famous or well-known marks.

The key takeaway from these recent complaints is that cannabis/CBD companies should be careful when choosing branding, especially if that branding is inspired by, or related to, already existing branding of a larger company. Additionally, brands and companies must be aware of potential misappropriations of their marks by cannabis/CBD companies. If both can find a way to coexist without stepping on each other’s toes, the pot will not have to be stirred.