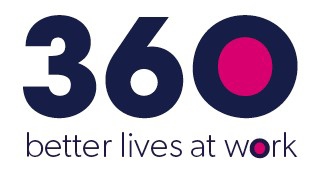 When applying the prima facie test, accurately pre-assessing whether a complaint falls under the definition of harassment often hinges on a robust understanding of the differences between workplace conflict and bullying. In PART I of this blog I previously provided 6 practical tips to assist with accurately spotting alleged workplace bullying – which is a form of harassment – compared to workplace conflict. Further, I reinforced the reasons why knowing the key differences between workplace conflict and bullying can go a long way to ensure that a complainant’s concerns are directed to the right mechanism to find the right solution.

To be sure, there’s real difficulty in trying to distinguish workplace conflict from the more destructive – and unlawful – phenomenon of workplace bullying. A bully’s actions often remain undetected as they’re typically more covert than overt. They’re often passive aggressive versus overtly fist pounding. Further, to select co-workers and senior personnel, bullies are often well-liked high performers, charming and can engage in a ‘kiss up, kick down’ philosophy. In short, when conducting a pre-assessment, it’s not always easy to identify a bully.

The following 2 pre-assessment flags can help with determining if mediation or investigation is the required and/or preferred approach:

When pre-assessing a written complaint, look closely for signs of control and domination. Seeking control, in preference to any other common characteristic, can ‘show the bully.’

In most bullying scenarios, the bully and target have noticeable and opposing worldviews about control. Most targets have learned to use cooperation in a way that doesn’t require winners or losers. The target doesn’t need to control anyone. At work and as an adult, they prefer an atmosphere that fosters cooperation.

Alternatively, control is central to bullies and it’s the ultimate basis of their actions. Controlling the psychological environment, physically and emotionally, is key. The bully is desperate to dominate and feels powerless unless in control. The power grab, real or perceived, is vested in both status, and the ability to generate fear. With bullies, mutual benefit or gain is not the goal, control is, and the target wants none of it.

A useful comparison to make during a pre-assessment is that of domestic abuse. In domestic abuse interveners commonly realize that perpetrators determine who’s targeted, when, and by what method and for how long. In domestic abuse, control is clearly understood to be unidirectional by the aggressor and it’s therefore understood that seeking shared responsibility via mediation will only re-traumatize a target. And, so it should be with bullying.

When determining if mediation or an investigation is the required and/or preferred approach, use caution to not make an attribution error[1] by quickly placing blame onto the complainant.

Interveners can have a natural human tendency to overestimate the likelihood that a target’s behavior reflects personal qualities rather than situational or environmental factors. A common attribution error is seen with labelling complainants as ‘complainers’ or ‘thin skinned.’

The world’s largest representative and scientific survey on bullying in North America shows 77% of targets endure bullying for more than 6 months, 44% for more than a year. This survey evidence is contradictory to the common attribution error that targets are ‘thin skinned.’ In reality, targets endure mistreatment for long periods of time. Targets do not readily flee and inappropriate mediations can leave a target in harm’s way and can contribute to the onset of emotional injuries from repeated exposure to a toxic work environment.

Another common attribution error is to mistakenly assess a bullying scenario as a ‘miscommunication’ or ‘misunderstanding.’ These labels suggest that the bully is willing to compromise with the target half-way. With unidirectional conflict involving bullies, this isn’t true.

Lastly, attribution errors are occasionally made by heaving responsibility onto employees to manage their own workplace conflict that arises. For instance, it’s common to blame a target for their fate by labeling the scenario as a ‘personality clash.’ In an effort to spark individual responsibility, well-meaning interveners often ask “who is responsible for a respectful workplace – managers, or you?” This can be an effective approach for low-level workplace conflict; however, with situations allegedly involving workplace bullying, it can serve to further isolate a target who’s often unable to defend. Bullying tactics are often so unwelcome and underserved that in no way can a target be held responsible, even partially.

The pre-assessment tools discussed in PART I and II of this blog are not intended to stand-alone as a caste and set process. They are not the final word and are simply intended to augment a complex assessment process that requires legal and psychosocial assessment experience, plasticity, flexibility, intuition and an extremely keen eye for observation.