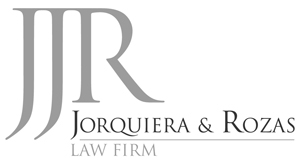 In addition, passengers cabotage on foreign cruise vessels is allowed provided that the vessel:

How the duties and liabilities of the shipper are addressed

The shipper is deemed to have guaranteed to the carrier the accuracy of particulars concerning the general nature of the goods, their marks, number, weight and quantity as furnished by him or her for inclusion in the bill of lading. The shipper must indemnify the carrier against any loss resulting from inaccuracies in these particulars. The shipper remains liable even if the bill of lading has been transferred by him or her. The right of the carrier to such indemnity in no way limits his or her liability under the contract of carriage by sea to any person other than the shipper.

Operation of multimodal bills of lading

Under the Chilean adoption of the Hamburg Rules, any party may be subject to the provisions of the Rules regarding carriage of goods by sea if:

Chilean regulations are compulsorily applicable regardless of the nationality of the ship, carrier, actual carrier, shipper, consignee or any other interested person. In this respect, it is important to note that clauses paramount have been held as unwritten by the Supreme Court7 as they would be contrary to public policy.

The Chilean adoption of the Hamburg Rules does not apply to charter parties. Nonetheless, a bill of lading issued in compliance with a charter party falls under the Rules if it governs the relation between the carrier and the holder of the bill of lading other than the charterer. In the case of contracts providing for future carriage of goods in a series of shipments during an agreed period (e.g., tonnage or volume contracts used for cargo projects), the Rules apply to each shipment. However, if a shipment is made under a charter party, the Rules do not operate, other than with the aforementioned exception.

Chilean law recognises a basic distinction between the carrier (also known as the contractual carrier) and the actual carrier. The former is defined as 'any person by whom or in whose name a contract of carriage of goods by sea has been concluded with a shipper' and the latter as 'any person to whom the performance of the carriage of the goods, or part of the carriage, has been entrusted by the carrier, and includes any other person to whom such performance has been entrusted'.8

The above distinction has very much simplified the problem of identifying the carrier as anyone who issues a bill of lading as a principal may be treated as a contractual carrier. This applies even to freight forwarders if they issue their own 'house' bill of lading and many cargo claims are based on these documents. In this regard it is important to note that, under Chilean practice, demise clauses have no effect.

The people entitled to limit liability pursuant to this regime are as follows:

The spillage of hydrocarbons from seagoing vessels carrying oil in bulk as cargo is subject to the CLC Convention 1992. However, the spillage of hydrocarbons from vessels not carrying oil in bulk as cargo, or spillage of other hazardous substances, is subject to the terms of the CLC Convention 1969 and supplementary norms set forth by the Chilean Navigation Law (among other things, it extends the limitation benefit to the owner, proprietor and operator).

Carriage of goods by sea

Under the Chilean regulations that refer to passage contracts,10 liability can be limited in the following cases: