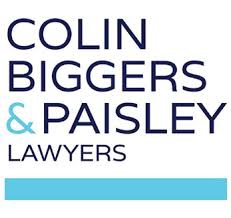 On 4 February 2015, the High Court delivered judgement in Cassegrain v Gerard Cassegrain & Co Pty Ltd [2015] HCA 2which considered the statutory fraud exception to indefeasibility. In allowing the appeal in part, the majority of the High Court held that the applicant registered proprietor held an indefeasible title to half of the land as joint tenant even though the transaction was facilitated by her husband's fraud.

The respondent, Gerard Cassegrain & Co Pty Ltd (the company) was the registered proprietor of Torrens system land (the land) and in 1997, transferred it to the appellant, Felicity Cassegrain and her husband, Claude Cassegrain as joint tenants (the first transfer).

The consideration for the transfer was to be satisfied by debiting Claude's loan account with the company. Claude was a director of the company and in fact, his claim to debit the loan account was a false claim which was known by him to be false. In 2000, Claude transferred his interest in the land to Felicity for a nominal consideration (the second transfer).

The company commenced proceedings in the New South Wales Supreme Court and sought to recover title of the land from Felicity.

The primary judge concluded that Claude acted fraudulently and in breach of his fiduciary duty as director of the company in facilitating the transfer of the land and debiting his loan account with the company. However, as Felicity was not found to have had knowledge of Claude's fraudulent conduct and Claude did not have any actual or implied authority of Felicity in procuring the first transfer, Felicity's title as sole registered proprietor was indefeasible.

The Court of Appeal, by majority, allowed the company's appeal and declared that Felicity holds title to the land on trust for the company absolutely on the ground that Claude acted as an agent for Felicity in procuring the first transfer and the second transfer of the land.

By special leave, Felicity appealed to the High Court.

By majority, the High Court allowed Felicity's appeal in part and held that her title as joint proprietor is indefeasible. However, as she was not a bona fide purchaser for value of her husband's interest in the land, the interest she subsequently acquired from him by the second transfer is defeasible and may be recovered by the company.

The High Court rejected the approach taken by the majority of the Court of Appeal which held that there was sufficient evidence to infer that Claude was Felicity's agent for the purposes of the transaction.

In particular, the High Court observed that there was no evidence that Felicity knew of Claude's fraudulent conduct or that Claude's fraud was within the scope of any authority she had, or appeared to have given to him in procuring the registration of the transfer from the company. Without more, Claude's knowledge of his fraud could not be imputed to Felicity and accordingly, she was no more than a passive recipient of the interest in the land.

Interest on second transfer was defeasible and recoverable by company

While Felicity's interest from the first transfer was indefeasible, the High Court held that the half share interest she obtained from the second transfer was defeasible and could be recovered by the company.

The High Court considered the application of section 118 of the Real Property Act which entitles a person deprived of land by fraud to bring proceedings or recover the land against a person whose title derives (without valuable consideration) from a person who became registered as proprietor through fraud.

This reasoning indicates that an innocent joint tenant who obtains interest in land may acquire an indefeasible title even though the registration of the transfer was procured by the fraudulent conduct of the other joint tenant.

However, it is important to note that in this case, it was not alleged in any court that the innocent party was a participant in, or had notice of, any fraudulent conduct at the time the land was transferred. Further, for knowledge of fraud to be imputed onto an "innocent" party, there must be evidence to show that the party was a participant in, had notice of the fraud or otherwise acted in a manner for the court to infer that the knowledge of the fraudulent conduct could be "brought home" to the innocent party.