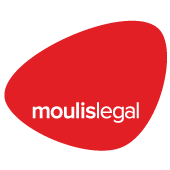 The changes create new civil and criminal offences for the transfer of assets which are “creditor-defeating dispositions”, and also give ASIC, the ATO and liquidators additional powers in a bid to increase successful enforcement of these new laws.

In what is a further step in isolating and curtailing illegal phoenix activity (which needs to be carefully distinguished from legitimate corporate restructuring), it is hoped that these laws together with ASIC’s new aggressive “why not litigate” enforcement culture will result in a crackdown on this economically harmful practice. Without a willingness by liquidators and ASIC to take on those responsible however, these new laws will do nothing to combat the problem, leaving creditors and employees continually and unfairly out of pocket.

In this article, Emily Murphy and Lochlan Worrell of Moulis Legal outline the new laws which have now come into effect, and why these changes, although very welcomed, are not the magic bullet to this systemic issue.

Significant changes to the Corporations Act now in play

In the latest tranche of corporate insolvency law reform, new legislation has now come into effect to specifically target illegal phoenix activity. After being first introduced to Parliament on 4 July 2019, the bill which amends the Corporations Act 2001 (Cth) (“the Corporations Act”) was passed on 5 February 2020 and came into effect after Royal Assent on 18 February 2020.

The amendments to the Corporations Act mean that any transfers of company assets for less than market value (or the best price reasonably obtainable) that prevent, hinder or significantly delay creditors’ access to the company’s assets in liquidation would amount to “creditor-defeating dispositions”. This is a new concept and a new offence which has been introduced into the Corporations Act. It is the closest the law has come to creating a specific offence related to illegal phoenix activity.

The reforms mean that company officers who fail to prevent creditor-defeating dispositions are now liable for criminal and civil penalties, as well as individuals who facilitate such transfers. The effect of this being that lawyers, accountants and other advisors who induce, encourage or incite companies to engage in such dispositions will similarly be in the proverbial crosshairs as they face new levels of culpability.

Amongst the raft of changes made, there are increased levels of accountability for resigning directors. The amendments prevent directors from backdating their resignations, so as to avoid liability or prosecution, as well as preventing directors from resigning or ceasing to act as a director where this would leave the company without a director. Departing directors are now required to notify ASIC of their withdrawal as a director within 28 days of resignation. Failure to do so will result in the “resignation date” being recorded as the date at which notice is provided to ASIC.

The other significant changes are that greater powers have been granted to both liquidators and ASIC to facilitate the enforcement of the new regime. This is done by allowing efficient recovery of assets and, where necessary, the provision of compensation by:

Further changes have been made for directors to become personally liable for company GST liabilities, and for the ATO to be able to retain tax funds where the taxpayer has failed to lodge a return or otherwise provide the ATO with a notification which may affect the amount that the commissioner refunds to the entity. These changes are due to commence from 1 April 2020.

Illegal activity or a legitimate restructure?

Estimates of the economic impact of illegal phoenix activity are often wide-ranging with a 2018 report by Price Waterhouse Cooper estimating the direct costs to be between $2.85 billion and $5.13 Billion. There are various reasons for this, but one ongoing difficulty faced is distinguishing between instances of legitimate restructuring and illegal phoenix activity.

There is no singular definition for phoenix activity in legislation or otherwise, but it has been conceptualised as:

“A corporate failure and a second company (‘Newco’), often newly incorporated, arising from the ashes of its failed predecessor (‘Oldco’) where the second company’s controllers and business are essentially the same. These are generally known as ‘successor’ companies. Phoenix activity can also arise within corporate groups where an already established subsidiary takes over the business of a related entity that has gone into liquidation”.1

As suggested by this definition, phoenix activity is not inherently illegal. Where asset value, employee benefits and other liabilities are maintained, phoenix activity may be labelled “legal phoenix activity” or “business rescue”2 and is considered an advantageous use of limited liability and the corporate structure.

Illegal phoenix activity instead involves the liquidation of ‘Oldco’ and an improper or undervalued transfer of assets to ‘Newco’, with the intention of circumventing the payment of debts, including taxes, creditors and employee entitlements. It is this improper transfer which has been the target of the newly created concept of “creditor-defeating dispositions” in these new laws.

The distinction between legal and illegal phoenix activity has historically generated difficulty in both detection and enforcement, and allowed enforcement agencies to escape criticism for their ongoing failure to investigate and punish the directors responsible. Certainly, professionals such as lawyers, accountants and business advisors regularly see and report the high levels of illegal phoenix activity occurring, and yet, the ASIC has historically failed to pursue those responsible.

Unsurprisingly, with the economic impact of this behaviour continuing to have a detrimental effect on honest creditors, questions continue to be asked as to why, and how, there has been a failure to adequately investigate and prosecute those responsible?

Now is the time for real and meaningful enforcement action

In the wake of the Royal Commission into Misconduct in the Banking, Superannuation and Financial Services Industry it has become abundantly clear that there has been a systematic failure by ASIC to adequately investigate and punish those responsible for serious breaches of the Corporations Act. However, with ASIC receiving a 25 per cent increase in funding for the 2019-20 financial year (now more than $400 million ) as well as announcing its new “why not litigate” approach to enforcement, victims of illegal phoenix activity may finally be able to hold some hope of recourse.

Of course it can be expected that in the coming months and years ASIC will make a number of high profile prosecutions. The value of such prosecutions cannot be discounted. Sporadic and high profile prosecutions however will not be sufficient in deterring the serial offenders who regularly and systematically engage in illegal phoenix activity. Instead ASIC will need to utilise its increased funding, implement its new enforcement approach and should look to follow the lead of other regulators such as the ACCC that consistently prosecutes a wide range of offenders.

Equally, there is opportunity for liquidators to now take on a bigger role in commencing their own actions on behalf of creditors. Where they are in a position to do so, liquidators must become the secondary deterrent by pursuing those who fail to meet their obligations and slip through ASIC’s enforcement net.

Without substantial private action by liquidators, potentially voidable transactions will continue to be left unrecovered and those responsible unpunished. Liquidators must step up and attempt to use the new regime to gain compensation or void transactions. Without doing so, the amendments will ultimately result in little benefit for creditors who suffer losses at the hands of illegal phoenix activity.

Undoubtedly these new laws are a welcome and necessary first step to reign in dishonest directors and illegal phoenix activity. It is now up to ASIC and liquidators to embrace their new powers, and take up the opportunities presented to them to investigate, pursue and punish those responsible for the newly dubbed creditor-defeating dispositions.

If ASIC and liquidators fail to embrace their new powers and test the limits of “creditor-defeating dispositions”, then these latest amendments to the Corporations Act will have little impact on the levels of phoenix activity.