This week, the House Judiciary Committee amended H.R. 6196, the Trademark Modernization Act, and passed it by voice vote to the full House.

Sponsored by Representative Hank Johnson (D-Ga), the TMA is a bipartisan bill that aims to amend the Lanham Act in service of three primary goals: to modernize trademark procedures by allowing the USPTO to adjust deadlines more in line with “the availability of electronic communications,” to provide procedures for scrubbing the trademark register of marks that have not been used in U.S. commerce, and to restore the presumption of irreparable harm in trademark infringement lawsuits.

Before passing the TMA, the Committee added two substantive amendments. Proposed by House Judiciary Chairman Jerry Nadler (D-NY), the first amendment sought to head off a ruling applying the Federal Court’s decision in Arthrex v. Smith & Nephew Inc. to the TTAB. In Arthrex, the Federal Circuit found that Patent Trial and Appeal Board judges are unconstitutionally appointed because they do not receive enough oversight from the USPTO Director. Although this issue and may yet be visited by SCOTUS, the amendment to the TMA added a section explicitly recognizing the authority of the USPTO Director “to reconsider, and modify or set aside, a decision of the Trademark Trial and Appeal Board.” If the bill is passed, it is unclear how—or if—this amendment will change current TTAB practices.

The second amendment addresses the time during which ex parte expungement proceedings may be initiated. These proceedings—along with the ex parte reexamination proceedings—are largely directed at registrations that have extensive lists of goods and services, that often are not being used in commerce on all of the goods and services listed, and that can block a party who is using their mark from obtaining a registration. Under the ex parte reexamination proceeding, third parties will be able to request review of a registration on the basis that the mark was not in use in commerce on some or all of the goods or services before the date the specimen and statement of use were filed.

Under the ex parte expungement proceeding, third parties will be able to request review of a registration on the basis that the mark was never in use on some or all of the goods or services listed. This week's amendment limited the time when ex parte expungement proceedings can be brought to between three and ten years after the registration issues. The ten-year limitation does not apply to expungment proceedings initiated within three years after the Act is passed.

Practically speaking, if the TMA is passed, then trademark owners will be well advised to ensure that they retain records proving use of their marks in commerce on all of the goods and services listed in the registration. Though this is already a best practice that should be adopted regardless of whether the bill is passed, the TMA will raise the stakes for a trademark owner who has proof of use on some, but not all goods.

The bill will now go before the House for a vote. An identical bill is before the Senate Judiciary Committee. If it also moves forward, we may see the first revision to the Lanham Act in several years.\ 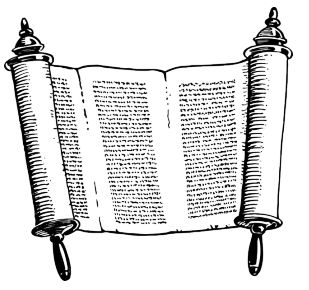