In a June 27, 2022 Notice of Initial Determination, an ITC Administrative Law Judge (“ALJ”) agreed with AliveCor, determining Apple had violated Section 337 of the Tariff Act of 1930 (19 U.S.C. § 1337), related to “Unfair practices in import trade.” The ALJ found the ECG functionality of the Apple Watch Series 6 and Series 7 (pictured below) infringed multiple, valid claims of two AliveCor patents: U.S. Patent Nos. 10,638,941 (titled “Discordance Monitoring”) and 10,595,731 (titled “Methods and Systems for Arrhythmia Tracking and Scoring”). 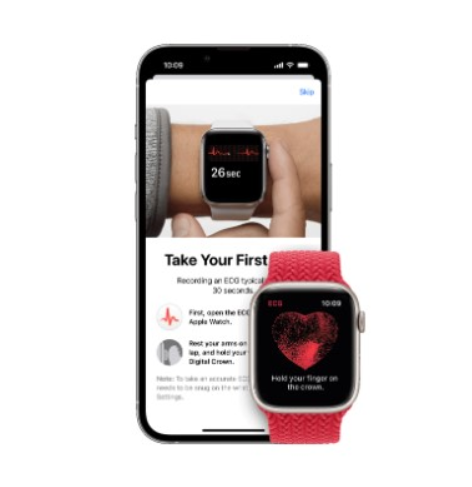 A public version of the ALJ’s complete Initial Determination should be released soon. By October 26, 2022, the full ITC is expected to issue a final decision in a related “1266 Investigation.” If the Commission affirms the ALJ’s findings, the Apple Watch Series 6 and Series 7 could be banned from importation into the United States.

AliveCor is the complainant in ITC Investigation No. 337-TA-1266, captioned Certain Wearable Electronic Devices with ECG Functionality and Components Thereof.