The online environment still is a challenge for the Romanian tax legislation: Case study on income from gambling 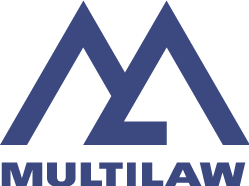 Starting March 23rd, 2018, for revenues earned by individuals from online gambling activities, the tax due is computed and withheld for each transfer from the gambling platform account into the bank or similar account. Consequently, the obligation to compute, withhold, report and pay the tax is allocated to the organisers and must be met by the 25th of the month following the month in which withdrawals are made.

Romania is an active environment where individuals of all ages and social backgrounds have an increased appetite for technology and everything that’s new. Whether we are talking about the IT sector, which gains an increasing share of GDP year-to-year, or if we refer to electronic cigarettes or to the blockchain technology that revived the mining-spirit in cryptocurrency “seeker”, Romanians are among the early-adopters. Going forward, professions / activities which have lost their shine make no exception and once they are moved online, they seduce more and more interested individuals. As previously highlighted, this trend also engulfed the gambling.

The legislator’s willingness to understand these new fields of interest and its objective to keep up with this trend, by providing the framework for the authorisation, deployment and taxation of these types of activities is nothing short of gratifying. Of course, the fast pace in which the online industry is developing creates difficulties in the application of unitary taxation mechanisms, and the need to adapt them to the specificities of revenue-generating activities is obvious. Perhaps even more important is the identification of non-functioning models and their improvement. Once again, the most eloquent example I can think of is that of online gambling revenue.

New rules regarding the Taxation Methods for Gambling Income

Although the gambling income tax regime is clear, the compliance obligations allocated to both organisers and players have been until recently somewhat disproportionate. Both parties were responsible for preparing detailed annual statements, addressing each individual withdrawal from the gaming account to their personal bank account. Subsequently, the Tax Authorities involved resources for processing the statements submitted by the players, for issuing the related tax decisions and, at least in theory, for the cross-checking between all players' statements and the informative statements submitted by the organisers.

Thereby, given that all three parties involved - the state, the online gambling operators and the participants - were losing time and resources to ensure the payment of undisputed tax charges unequivocally considered to be fair, the issue of adjusting the taxation mechanism has been raised.

The solution? In line with the previous assertions and other opinions expressed by industry stakeholders, the obvious answer was the introduction of certain rules concerning the withholding of personal income tax due, implemented through the Emergency Ordinance No. 18/2018 regarding the adoption of fiscal-budgetary measures (“GEO 18”). Practically, it was intended to standardise the taxation mechanism for all gambling income earned by Romanian residents, according to the model of those obtained offline, by obliging gambling organizers to withhold the tax due from the revenues obtained by game participants (including those obtained at poker festivals).

Of course, the personal income tax remains an obligation for the participants, but the amounts actually received by them after the enforcement of GEO 18 are net amounts, the related tax being already withheld and subsequently transferred to the state budget by the operators. I believe that this notion will be easily absorbed at the level of the income beneficiary, as long as the relationship with the tax authorities is completely relocated to the organisers.

However, the latter do not escape the fulfillment of the existing informative / declarative obligations, and additionally, they must set up internal systems to ensure automatic compliance with this simplified fiscal framework for each withdrawal made by the participants.

Without disregarding the opportunity of adopting such a measure, the timing of its implementation is at least uninspired, and it can generate a number of practical problems in the transition year – 2018. Although it was pointed out that the inconveniences regarding the need for transitional measures would be easily avoided if the legislator were to follow the implementation of these measures at the beginning of a tax period, such signals, including those from online operators, were ignored.

Therefore, they are currently facing a situation where they do not have the necessary IT systems to withhold the corresponding tax on withdrawals made by players from accounts opened on online gaming platforms. Given that the new provisions entered into force with the publication of GEO 18 the Official Gazette (i.e. March 23, 2018), with no time to allow the gaming platform to adapt to the new tax obligations, there have been and still are in practice situations where the income is transferred to the players' bank account without withholding the tax.

With the clear intention of avoiding any damage to the state budget, the emergency solution identified by most online gambling operators is to bear from their own funds the tax for which they do not currently have technical computing and automatic withholding capabilities. In this context, the only fair method for both the state and the players is to calculate the tax due by the gross up method.

There is no doubt about the opportunity of adopting the measure whereby the obligation to calculate, declare and pay for gambling revenue deployed on online platforms is transferred to the operators. As I mentioned earlier, the timing for its entry into force is not proper. To conclude, the online gambling organisers were dealt a handful of aces, but the cards on the table stack the odds against them. We now have to see who will adapt their game sooner.

This article was written by Alexandru Manucu, Tax Manager of Țuca Zbârcea & Asociații Tax. The firm is a member firm of Multilaw.