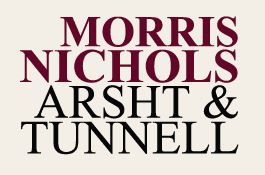 On July 22, 2015, Delaware Governor Jack Markell signed Senate Bill No. 141 into law. The bill was introduced in the Delaware State Senate on June 16, 2015 and passed the Delaware House in the early morning hours of July 1, 2015. The speed with which this legislation passed indicates that Delaware is serious about reforming its Unclaimed Property Program.

S.B. 141 presents what may well be the most important statutory changes ever made to the Delaware Unclaimed Property Program. The second of two bills introduced this legislative session, Senate Bill No. 141 incorporates a number of the recommendations of a Legislative Task Force established by the Delaware General Assembly in 2014 to review and make recommendations to improve fairness and foster compliance with Delaware’s Unclaimed Property Program.

Morris Nichols partner Michael Houghton served as a member of the Task Force and has led the charge for significant reform of the Delaware Unclaimed Property Program.

The initial statutory change arising from various recommendations of the Task Force was Delaware Senate Bill No. 11, signed into law on January 29, 2015, which constrains Delaware’s retention and use of unclaimed property contingent fee auditors, amends the Delaware administrative appeal process relating to unclaimed property, and requires the State to promulgate a manual and create standards governing the conduct of unclaimed property examinations by December 31, 2015.

What changes does this legislation put in place?

The Biggest Change – The VDA Program Is Made Permanent – No Company Is Audited Unless It Has First Been Invited Into the VDA Program – and Has Declined to Enter the Program.

Perhaps the most significant change to the Delaware Unclaimed Property Law presented by this law is that no Delaware company can be audited by the State unless the company has first been notified in writing by the Delaware Secretary of State (“SOS”) that it may enter into a voluntary disclosure program (“VDA”) administered by the SOS. This effectively extends the successful SOS program that has been in place for several years, and allows companies voluntarily to assess their potential liability for review by the State, with shorter “look-back” periods (under the current program, 1993 and 1996), than those employed in audits by the State’s contingent fee contract auditors which typically look-back to 1981.

Under Senate Bill No. 141, if a company does not enter into the SOS VDA program within 60 days after a request to enter has been mailed by the Delaware Secretary of State, the company “will be referred to the State Escheator for examination”.

Also, under this legislation, effective July 1, 2015, the Delaware Division of Revenue will no longer unilaterally select companies for audit. Rather, only those companies that have received the express written invitation to enter the SOS VDA program, and have had the chance to voluntarily report their unclaimed property liability to Delaware – and declined to participate – will be subject to audit by the State.

While it is expected that companies in the program will either make payment, or enter into a payment plan, with the State within two years of the date of entry into the program, the legislation gives the Secretary of State discretion to amend the date by which payment must be made to the State. In addition, the legislation makes clear that companies that were previously enrolled in the SOS VDA program, and either formally withdrew or were removed by the SOS for failure to work in good faith to complete the VDA program, cannot re-enter the VDA program.

For all pending unclaimed property audits, the review or look-back period for which liability may be assessed by the State will be 1986, a full five years shorter than the period currently applies to audits pending as of June 30, 2015. Audits commenced subsequent to July 1, 2015, but on or prior to December 31, 2016 have an even shorter look-back period - to 1991.

In addition, for audits commenced on or after January 1, 2017, the audit look-back period will be 22 years prior to the calendar year in which a company is provided written notice of the examination. As a result, audits commenced in 2017, have a shortened 22 year look-back to 1995 – not a 34 year look-back to 1981, as provided under current Delaware law. As a result of this forward “rolling” 22 year look-back, Delaware companies no longer face the lengthening of the review period with each passing year, since a fixed date – 1981 – is no longer the basis for review.

The modification of the audit look-back is significant as it would allow companies to avoid 12 years of what is almost always “estimated” liability. It is this kind of estimated liability that has inflamed the national corporate community and is the basis for pending litigation challenging the Delaware Unclaimed Property Program brought by holders against the State of Delaware. Moreover, this change begins to move Delaware closer to the more conventional examination review periods found in the various versions of the Uniform Unclaimed Property Act, which forms the basis of the unclaimed property laws of more than 40 states.

In an effort to make Delaware’s program more “user friendly”, the legislation provides that the State Escheator shall send a notice, no later than 120 days prior to the State’s March 1 unclaimed property report deadline, to all those who have filed reports in the last five years, notifying them of their “apparent obligation” to file a report, based on their prior filing history. And now, a designated employee of the company who will serve as the contact with the State must be identified in each report and any change in contact, or contact information, must be provided to the State.

Reinstatement of Interest – But with a Reduced Aggregate Cap of 25%

S.B. 141 reinstates Delaware’s ability to assess interest at a rate of 0.5% per month on outstanding unpaid amounts of unclaimed property, but cap the total interest at 25% of the amount required to be paid – down from the 50% cap that was previously found in the Delaware Code, until eliminated in 2014. The reinstatement of interest – a State pre-requisite for this legislation to be introduced – should make the SOS VDA program, in which no interest is assessed, even more attractive to the corporate community.

While this legislation has been criticized by some as not going far enough, it clearly demonstrates significant progress in rebalancing the Delaware Unclaimed Property Program. S.B. 11 enacted in January 2015 mandates that by December 31, 2015 a detailed audit manual containing procedural guidelines and an update of regulations governing unclaimed property, to ensure greater transparency and predictability for holders in audits, be promulgated by the Delaware Division of Revenue with input from appropriate stakeholders and interested parties. This process offers the next major vehicle for additional unclaimed property reform in Delaware.