Why the case against Tim Blair for alleged transgender vilification failed

Although Blair's comments came "close to the line" of inciting severe ridicule, they didn't quite cross it. Ultimately, the case failed. 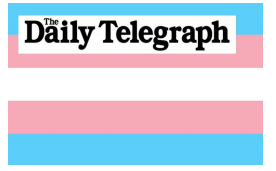 Evie Amati is perhaps, for now, one of Australia's most famous transgender people. Not because of her identity, but for her recent conviction of attempted murder over her unprovoked assault of three strangers with an axe, at a 7-Eleven in Sydney. Despite the irrelevance of Amati's gender identity to the attack, four days after it occurred, The Daily Telegraph columnist Tim Blair wrote this blog post on the Tele's website (edited):

Allegedly Axing Evie Having being [sic] chopped herself, Sydney trannie Evie Amati allegedly sought to share the experience. The previous he apparently doesn't like people who buy pies or milk. Evie Amati, who police allege carried out the terrifying axe attack... is a transgender union employee who used to be known as Karl. The 24 year old... transitioned to a female four years ago. Ms Amati, currently in custody after being refused bail, is charged with intentionally causing grievous bodily harm and being way too Adelaide for Sydney.

A transgender person (not Amati) complained to News and the Press Council that Blair had vilified transgender people. That went nowhere, so the complainant took their case to the NSW Civil & Administrative Tribunal (NCAT) under s.38S of the Anti-Discrimination Act, which makes it unlawful, by a public act, to "incite

hatred towards, serious contempt for, or severe ridicule of a person or a group" on the ground that they are transgender. Identical anti-vilification laws apply to race, sexuality and HIV/AIDS status.

NCAT had no difficulty in finding that Blair's "attempt at humour was in poor taste and completely devoid of empathy or sensitivity", and contributed "to the perpetration and perpetuation of demeaning negative stereotypes and a lack of acceptance of transgender people within the community". However, although it came "close to the line" of inciting severe ridicule, it didn't quite cross it. The case failed. [How to write about trans people (if you aren't one)]

In the process, the tribunal was forced to dive headfirst into a semantic swamp. The courts have ruled that the test for vilification is objective: you have to identify the particular audience at which the conduct was aimed (in this case, as the Telegraph described its own readers, "more Footy Show than Four Corners"). Then you find the "ordinary" member of that audience and decide whether the conduct was capable of inciting hatred, serious contempt or severe ridicule in that person, towards the targeted person or group.

Ultimately, the question in this case was whether -- accepting that Blair's words were likely to incite contempt and ridicule -- the contempt was "serious" or the ridicule was "severe". There was also the unedifying task of determining whether "trannie" is or is not a pejorative term. As the tribunal noted, while the test is supposedly objective, it is at the same time "inevitably impressionistic". Which is to say that it cannot possibly be objectively assessed.

Stepping back from the disappointment no doubt felt by the applicant and the transgender community at this non-vindication from the legal system of the vilification which they constantly receive, we should ask what exactly we're achieving here.

Blair's post is a useful example of anti-social behaviour. He jumped onto an irrelevant aspect of a topical event -- Amati's transgender identity, which was not the cause of her crime -- and made fun of it. He amused himself and probably a good proportion of his readers.

There are three perspectives to examine: those of Blair, his audience, and the targeted minority. Because of the courts' interpretation of section 38S, attention is focused on the audience only. The section itself says that it is "unlawful for a person, by a public act, to incite hatred [etc]". That could have been read as attacking the act itself and its motivation, i.e. what the person did or said, not the effect it might have had. But that's not how the courts have seen it.

Either way, the targeted group is ignored. This is different from s.18C of the Commonwealth Racial Discrimination Act, which measures illegality by reference to the effect that the racist conduct has on its targets -- whether it offends, insults, humiliates or intimidates them. Where behaviour singles out, objectifies and vituperates a minority on their irrelevant differences from the mythical "norm", it makes obvious sense to outlaw it when it causes direct harm and has no rational, socially utilitarian excuse (which is protected, in appropriately wide terms, by s.18D). Equally appropriately, acts intended (including by reckless disregard) to incite actual violence or intimidation of people or groups by reference to their minority status are crimes. These look to the act itself and the subjective motivation of the actor. But what exactly is the social relevance of the supposedly objectively measured effect that a provocateur's words may have on his own self-selected audience? If a neo-Nazi stands up at a neo-Nazi meeting and calls for the extermination of a racial minority, surely the question for society is whether we want to allow him to make that call? That should be checked against his words and his intent, not determined by reference to just how racist and vile the people in his audience already were before he got up? That is not, however, the way cases like Blair's are currently assessed. The result is an exercise in pointless semantics.

Personally, I don't think that an expression of free speech such as Blair's puerile blog post should be unlawful. It should be called out for what it is, and his employer should have sufficient social responsibility to cease publishing his recklessly hurtful attempts at wit -- because he did, and does, harm.