A squid game of trademarks?

The popularity of the South Korean series “Squid Game” has taken over the world since the day i.e., 17th September 2021 it was aired on Netflix. Squid Game is a story of people who struggle to make a living, participating in a survival game betting their lives.

In most countries, including India, when a brand becomes popular, many small entities immediately apply for registration of such trademarks under its name so as to manufacture and sell goods like clothing, accessories, etc. as merchandise of such brand and gain illicit profits from its sale. After the release of the series, the USPTO’s trademark database revealed that various companies filed for the registration of the trademark “Squid Game” for clothing, musical instruments, toys, jewellery, and athletic sporting goods among others.

With the increase in the craze for the series, Netflix has taken up to protect the brand. Recently, Netflix has filed trademark applications in over 20 countries including the USA, Canada, Republic of Korea, Malaysia, Peru, and the European Union.

Netflix filed its applications by following the Madrid system for trademark filing. The Madrid system, which is governed by the World Intellectual Property Organisation, is a convenient and cost-effective solution that allows a person to register trademarks in as many of the over 125 member nations as one chooses using one application, rather than filing each application separately.

Recently, Netflix has filed two trademark applications at the Bureau of Trademarks of the Intellectual Property Office of the Philippines for Squid Game and its stylised version. Both the applications are filed under wide range of classes including 9, 16, 18, 21, 25, 28, and 41. Below is the image of the trademark filed on 15th October, 2021 by Netflix Studios LLC in the Philippines: 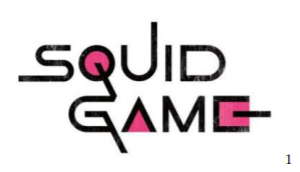 If the applications filed by Netflix are accepted and the trademarks are registered, Netflix will have exclusive rights to the trademark, including for the type of merchandise. There were no applications for registration of the mark, found in the records of the Indian Trade Marks Regsitry.