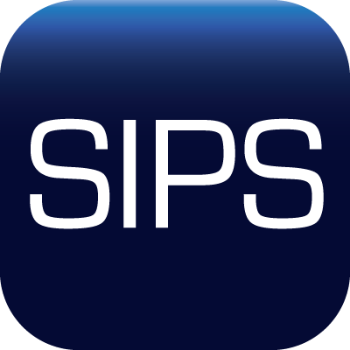 On January 10 2017, China’s Supreme People’s Court (SPC) promulgated the final version of provisions that were first circulated for public comment in the autumn of 2014.

These detailed provisions apply to court appeals of trademark administrative decisions issued by the PRC Trademark Review and Adjudication Board (TRAB), with effect from March 1 2017.

Entitled the SPC Provisions on Certain Issues Related to Trials of Administrative Cases Involving the Grant and Confirmation of Trademark Rights, the provisions consist of 31 articles aimed at reflecting the changes in practice brought about by the 2013 amendments to the PRC Trademark Law (TML).

We will examine some of the more significant provisions, which clarify the court’s approach to disputes involving prior relationships, prior rights (including copyright) and individual name rights.

The 2014 draft provisions included where the “trademark applicant and prior user are located in the same region or engaged in the same industry”, whereas the final version replaced this with the more limited but ambiguous standard of being “adjacent” to the prior user’s business location. Similarly, the 2014 draft included situations where the applicant had applied to register several of the prior user’s trademarks as evidence of existence of an “other relationship”.

Perhaps the latter was removed with the understanding that such bad faith piracy could be addressed under other TML articles (such as Article 7, which requires that all applications be filed in good faith; and Article 44, which provides for invalidation of registrations that were obtained by improper means, as bad faith piracy is now recognised as a type of “improper means”).

Clarification of prior rights and prior copyright

TML Article 32 prohibits the registration of a trademark that infringes another party’s “prior rights”. SPC Provisions Article 18 clarifies that such “prior rights” include not just prior IP rights, but any “civil right or any other protectable lawful rights and interests enjoyed by a party prior to the filing date of the trademark at issue.” SPC Provisions Article 19 provides that, where a party asserts that the disputed trademark infringes that party’s prior copyright, the court is to proceed with examination based on relevant provisions of the PRC Copyright Law to determine whether the asserted object constitutes a work, whether the party is the copyright owner or an interested party with the right to assert copyright, and whether the disputed mark infringes the copyright, etc.

Article 19 also specifies the types of evidence that may be used to prove copyright ownership. Acceptable evidence includes the work’s design documents, originals of the work, related contracts for obtaining rights and copyright registration certificates. Importantly, trademark gazettals, trademark registration certificates and the like can serve as preliminary evidence to confirm that the owner of a prior trademark is an interested party with the right to assert copyright in the prior work.

To determine similarity between an applied- for mark and a well-known trademark, SPC Provisions Article 12 provides that “the applicant’s subjective intent as well as evidence of actual confusion may be used as a reference to determine the likelihood of confusion”.

This language should permit a wider range of evidence to be considered in oppositions or invalidations involving such well-known marks.

SPC Provisions Article 5 provides that any sign that is “the name, etc, of a public figure in the fields of politics, culture, religion, nationality, etc” and applied for registration as a trademark should be denied as having “other unhealthy effects”, an absolute grounds refusal under TML Article 10(1)(8). No additional guidance is given for how “public figure” will be determined, leaving significant discretion for courts to apply the new instruction on an ad hoc basis.

Finally, SPC Provisions Article 20 provides further protection for individual name rights (including pen names and stage names) by prohibiting a party from registering another’s name if the complainant can show that the relevant public believes the mark refers to the complainant as an individual or that the complainant has some connection with the goods/services covered by the application.