Before Lourie, Bryson, and Chen. Appeal from the United States District Court for the Northern District of Texas.

Summary: The express license of a patent includes an implied license for its continuations, including continuations of continuations, because they disclose the same inventions as the licensed patent.

Cheetah Omni LLC (“Cheetah”) sued AT&T Services, Inc. (“AT&T”) for infringement of U.S. Patent No. 7,522,836 (“the ’836 patent”) directed to optical communication networks. Ciena Communications, Inc. and Ciena Corporation (collectively, “Ciena”) moved to intervene in the suit because it manufactures and supplies components for AT&T’s fiber optic systems which formed the basis of Cheetah’s infringement allegations. Ciena and AT&T moved for summary judgment claiming Cheetah’s claim was barred by a license agreement, which settled a previous litigation involving Cheetah and Ciena. In 2011, Cheetah sued Ciena for infringement of U.S. Patent 7,339,714 (“the ’714 patent”), which resulted in a license agreement between Cheetah and Ciena (the “Ciena License”). Ciena and AT&T argued that the Ciena License included an implicit license to the ’836 patent. The district court agreed, granting summary judgment and dismissing the suit with prejudice. Cheetah appealed. 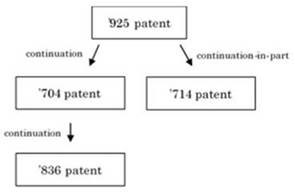