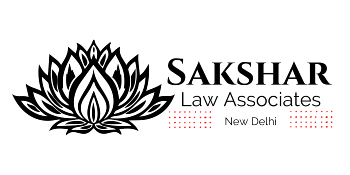 Often at times it is seen that many companies or individuals on behalf of the company undertake such actions which later on in the future prove to be fatal to a very great extent. Such misrepresentations when done within the corporate culture by any company or individual are known as corporate fraud. Most of the times when such activities are apprehended, it leads to very grave consequences to be suffered by the company for the acts committed by its employees. White collar crimes are taking a troll over the corporate culture these days which not only harms the commerce and economy of our country but also affects the statistics of the concerned corporations or organizations.

This article is written to highlight the meaning, types, and penalties under various laws, biggest corporate frauds committed in India along with determining corporate liability and important case laws as well.

Corporate Fraud refers to the illegal and unethical activities undertaken by any company or individual which is mostly done to gain a competitive advantage over other corporations in the industry. This may also be done to showcase a better identity of the company in the market in order to attract better investors also.

White collar crimes are illegal acts committed by high class men of the society in order to achieve profits in a wrong way. This can be done in various forms such as ad hoc crimes, bribery, embezzlement, counterfeiting, forgery, tax evasion, professional crime, fraud, etc.

This aims to go beyond the scope of powers of an employee which extends to complex and economic impact not only on the business but also on employees and other outside parties. Such dishonest activities lead to loss of revenue through theft of assets, false expenses, corruption, nd theft of information, fraudulent applications, and misuse of assets, dishonest business partners and fraudulent billings.

There are several types of corporate frauds which can be committed by various means. However the most common types amongst them are Financial Frauds, Misappropriation of Assets, employee fraud, vendor fraud, customer fraud and investment scams.

Section 447 of the Companies Act 2013 prescribes the punishment for fraud which shall range from 6 months to 10 years along with fine which may extend to three times of the amount involved in fraud. Section 36 of the said act is also important in that regard which prescribes punishment for fraudulently inducing persons to invest money. In addition to these, Sections 448-451 and 454 also deal with various penalties and punishments related to corporate fraud.

Under the Prevention of Money Laundering Act 2012, punishment is extended to an imprisonment from 3 to 7 years with a fine up to 5 lakh rupees.

Section 66F (Acts of Terrorism) of the Information Technology Act 2002 extends the punishment to be up to life imprisonment which endangers the unity, integrity, sovereignty or security of India by denying access to authorized personnel to a computer resource or tries to access a protected system or introduces any contamination into a system.

The first corporate fraud that took place in the history of independent India was the Mundhra Scam. Haridas Mundhra was an industrialist who in 1957 invested Rs. 1.24 crores in government owned LIC policies which belonged to six different companies. Such an act was done by him under excessive pressure from the government and at the same time LIC lost most of its money. The scandal took twisted turns when Feroze Gandhi started an anti-corruption movement and the Parliament passed Life Insurance of India Act nationalizing and consolidating firms. This matter of Mundhra was then taken up by the Parliament and confrontation was made by Feroze Gandhi to the then Prime Minister of India Pt. Jawaharlal Nehru. He questioned the government whether the LIC has used premiums of policy holders in order to buy shares above the market price of such companies which are controlled by Mundhra. In order to confirm these allegations a retired judge of Bombay High Court M.C. Chagla J. was appointed to look into the matter. A public inquiry was initiated wherein few stockbrokers testified that in case the LIC investment committee had been consulted Mundhra’s forgery would have been taken into consideration. It was then determined that finance secretary along with two other officials had to be investigated. However the then Financial Minister was trying to stay away from the matter but he had to eventually resign from his post. The Nehru government suffered serious loss from this incident. Haridas Mundhra was consequently arrested who was also involved in other crimes such as arrears in payment of income tax.

The PMC Crisis took place in March 2019 wherein HDIL group defaulted in the payment of 25 crore rupees which was 30% of the total loan taken. In 2017-18, RBI told to declare these loans as NPA of HDIL group but the bank ignored. In August 2019, the bank gave fresh loan of 96.5 crore rupees to HDIL because Bank of India went to NCLT against HDIL for repayment. Fraud happened because a board member of HDIL from 2009-15 was holding 1.91% stake in HDIL as an executive director and further sold his entire stake and left. HDIL then took loan from PMC and gave it to Bank of India. Since RBI’s guidelines were ignored, the total loan of 258 crore was covered by collaterals. Since public money was at stake, RBI held 1,000 rupees to be withdrawn in 6 months. However on further pressure 10,000 rupees was allowed for withdrawal.

The most important one amongst them is the PNB Crisis in which Neerav Modi issued a fake Letter of Understanding from PNB and took a loan from foreign bank on guarantee that PNB will repay loan if Neerav Modi fails to make the payment. 8 different Letters of Understanding were faked and bluffed with. Between 2011 and 2017, loans worth rupees 11 crores were taken. These foreign banks were actually Indian banks having branched overseas. Then these banks turned to PNB for repayment but PNB told them that these were all fake Letters of Understanding. Fraud was committed and the matter was reported to CBI. These fake letters of understanding also involved bank officials in such a scam. Two officials along with their families were involved in this case. Therefore when the scam happened, Neerav Modi flew to foreign country.

Vijay Mallya also absconded from the country being accused of money laundering and fraud in the country. He took loans worth rupees 9,000 crore in order to save his Kingfisher airlines from failing. He also falls under the Fugitive Economic Offenders Act.

The Satyam Scam was one in top stories wherein the founder of Satyam Computers announced that they have been overstating their revenues and presenting a very wrong picture of their company by inflating profits around one billion dollars. There was a very grave fraud committed by them on account of their financial performance. They were doing so only to keep the business in existence but resulted in biggest corporate frauds of all times.

The 2G Spectrum Scam case was another scandal on telecommunication with politicians and government also involved. The former telecom minister A Raja evaded the laid down rules and norms and was prosecuted for the same. Amongst other people involved in this case were M. K. Kanimozhi, Shahid Balwa and Vinod Gupta who were also charged with criminal conspiracy, cheating, and forgery and booked under Prevention of Corruption Act. In total 18 accused were arrested and later on bailed and acquitted.

In the case of SFIO v. Rahul Modi[1] fraud investigation under Section 212(1) of the Companies Act 2013 was directed into the affairs of Adarsh Group of Companies and LLPs. The accused were illegally detained and a writ petition was filed before the Supreme Court of India for the same.

In another case of Neeraj Singhal v. Union of India and Ors.[2] the petitioner was taken judicial custody before such investigation could be carried out under Section 212(1)(c) into the affairs of Bhushan Steel Limited and Bhushan Steel and Power Limited. Fraud was suspected to be committed by misappropriating the funds for their own personal benefits. This was challenged on the grounds of interim relief being violative of Articles 14, 20 and 21 of the Constitution.

In the case of Sunair Hotels Ltd. v. Union of India & Anr.[3] an investigation was ordered to be carried into the affairs of Petitioner in the interest of public under Section 212(1)(c) of the Companies Act 2013. This was challenged before the Delhi High Court on the grounds of being unjustified, illegal, and arbitrary and in contravention to the principles of law as this was a private dispute between the parties involved and no substantial evidences were there to prove the alleged contentions. It was held that the said order passed by the Central Government was lawful and in public interest owing to the fact that there was fraud committed on various levels.

In another case of Vikas Agarwal v. Serious Fraud Investigation Office[4] the petitioner was summoned for the charge of criminal conspiracy and Section 447 of the Companies Act 2013. It was alleged that the mining activity carried on by the firm was illegal. An unsecured loan was also advanced by it to a trust. The court allowed this petition for further trial and investigation.

Corporate liability has been defined as the process of making company liable for the acts committed by its employees. It actually determines the extent to which a corporation is responsible for the actions of its employees. There are majorly two ways in which they are held liable [1] Strict Liability [2] Vicarious Liability.

For initiating any criminal proceedings against someone, two essentials are necessarily required to be fulfilled i.e. the act committed should be forbidden by law and presence of mens rea. Since it is very difficult to identify the guilty mind of corporation and any criminal proceedings cannot be initiated against the virtual existence of a company, directors are being held liable and punished for failing to exercise due care committed under their authority.

In the landmark judgment of Standard Chartered Bank & Ors. v. Directorate of enforcement[5] it was held that where the punishment is amounting to imprisonment and fine, the wrongdoer shall be the company and it shall be competent for the court to impose fines upon such an offender company. The definition of “persons” under section 11 of the Indian Penal Code includes company also as has been illustrated by the 41st and 47th Law Commission Report.

But in the case of Assistant Commissioner & Ors. v. Velliappa Textiles Ltd. the court was of the opinion that the corporations can no longer claim immunity from criminal prosecution on the ground that they are incapable of having mens rea is guilty mind for doing the act.

On receiving the report from Registrar or inspector, or any intimation of special resolution passed by company, or in the interest of public, Central Government can authorize investigation into the affairs of the company by appointing a Serious Fraud Investigation Office under Section 211 of the Companies Act. However serious frauds shall be reported with material facts and evidences by the Auditors and Audit Committee and also by independent directors to the Central Government.

The central government is vested with many powers in the form of making laws and conducting proper investigations and prevents such corporate frauds and scams. But even till date these misrepresentations are being committed by very reputed corporations in spite of the fact new stricter laws are also being drafted for the same.

It has also been observed that many companies, who are listed in the BSE list themselves, earn profits and then disappear. They only come to raise money from the investors. The rapid growth of industries and technologies is the main reason behind corporate frauds in India.

However more strict steps can be taken to prevent such corporate crimes not only by the government at central level but also by the corporations at their organizational level.