For those seeking to adjust status, the United States Citizenship and Immigration Service (USCIS) website indicates that the department’s Final Action Dates chart must be used for filing Form I-485.

Referring to the Final Action Dates, following are updates for the February Visa Bulletin: 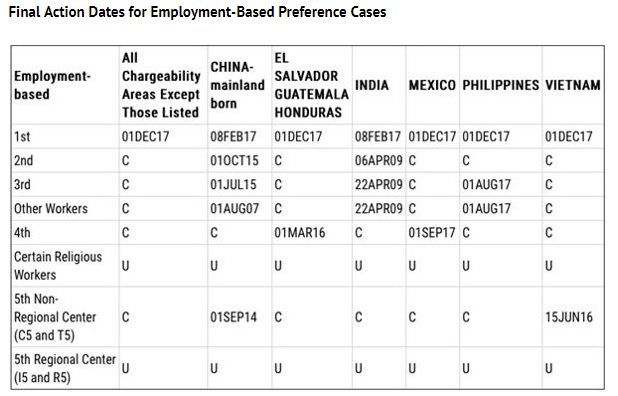 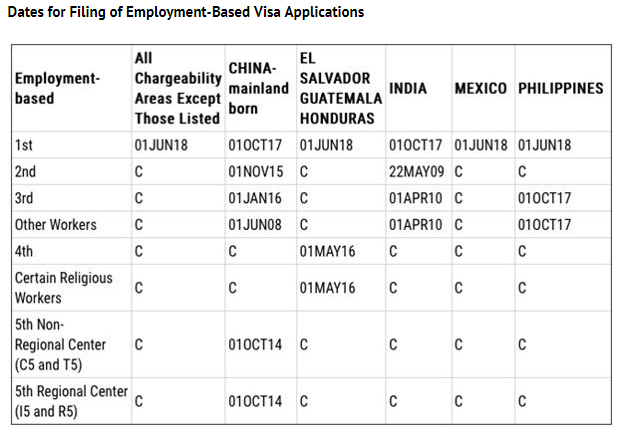 The February 2019 Visa Bulletin includes projections for visa availability in the coming months, through May 2019. The projections provided for the employment-based categories are as follows:

Worldwide (most countries): Up to two months.

China and India: Up to one month.

Worldwide: Current for the foreseeable future

China: Up to three months

India: Up to one week

China: Up to three weeks

India: Up to three months

EB-4: Current for most countries

El Salvador, Guatemala, and Honduras: Up to one week

EB-5: The category will remain “Current” for most countries

China-mainland born: Up to one week

Vietnam: Up to three weeks